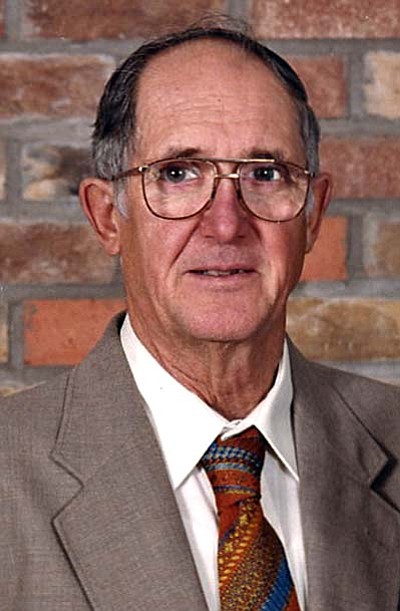 Doc was born March 8, 1931, in Durand Township near Bemidji to Adolph and Violet (Bahr) Gustafson. He was raised in Bemidji and Guthrie and graduated from Bemidji High School. He served in the US Marines during the Korean War and received two purple hearts. After the war he moved to Duluth and married Deloris Stecker July 18, 1959. He went to work for Diamond Tool & Horseshoe and retired in 1993 after 37 years on the honing bench finishing tools. Doc and Deloris loved to dance, travel to Arizona, and camp. Doc loved to do anything outdoors, four wheeling, hunting (especially with his friends Jerry and Dale), fishing, hiking, golfing, sitting around campfires, spending time with his best friend and brother Arnie, and spoiling Missy and his dogs.

He was a member of the American Legion where he and Deloris frequently dined and danced. He enjoyed helping the Duluth Rotary Club with their annual “Take a Kid Fishing Day”. He was always willing and eager to give others a hand and never turned down working on a project. Doc always said he lived a good life. He will be greatly missed.

Doc was preceded in death by his parents; his brothers Vernie and Gordy (Mary); his wife of almost 50 years Deloris who died in 2008 and his pup “Sasha”.

Doc’s family would like to thank the staff at St. Mary’s ER and Nuero-ICU, Dr Harris and Dr Eyer and RNs Wenda and Jim for their loving care of Doc and support/comfort to Melissa.

Visitation will be 3-5pm Sunday and continue Monday at 12 noon to the 1 pm service at Dougherty Funeral Home. Military Honors will be accorded by the Duluth Combined Honor Guard. Interment will follow at Sunrise Memorial Park. Memorials may be directed to The Smile Train, Box 96231, Washington DC 20090 or any charity of Donor’s choice.