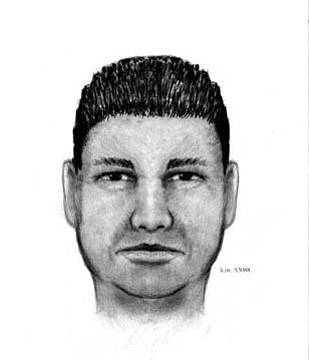 VILLAGE OF OAK CREEK - Yavapai County Sheriff's detectives are still seeking the suspect who committed a home invasion robbery on July 25, in the Village of Oak Creek. Thursday, detectives provided a sketch likeness of the suspect's face based on interviews with victims.

The full suspect description as a man-either Hispanic or Caucasian-believed to be 30 to 40 years old, 5-feet-7 with a husky build. At the time of the robbery, he was wearing a black wool plaid jacket, brown belt, and carrying a black backpack. The suspect had some type of material covering a portion of his face.

Investigators say he should be considered armed and dangerous.

The robber who entered the home of a man and wife in their 60s on Apache Drive in the Village demanded money and struggled with the residents. He carried a handgun and stun gun and the gun discharged during the robbery. The suspect, who fought with homeowners, is believed to have been injured in the face and hands.

If you have any information that would aid detectives in identifying or locating this suspect, please call Yavapai Silent Witness 24 hours a day at 1800-932-3232. A $5,000 cash reward is being offered for information leading to the suspect's arrest.