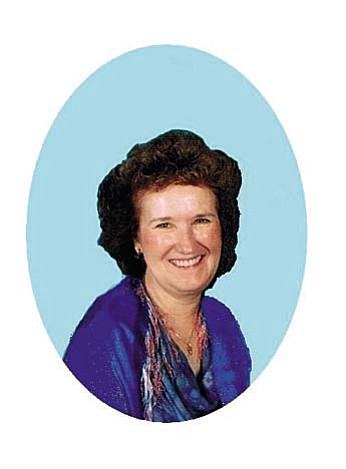 Virginia L. Spencer, 80, of Mesa, formerly of Cottonwood died August 11. She was born May 20, 1931 in Victoria, Kansas, the daughter of Richard Davis Fisher and Eva Irene Skelton Fisher.

Mrs. Spencer worked for many years as a Registered Nurse and Director of Nursing for several nursing homes in Tucson.

They moved to Cottonwood in 1994 where she taught nursing classes at Yavapai Community College.

Mrs. Spencer was a cherished wife, mother, grandmother and great-grandmother.

She leaves her husband of 62 years. Michael E. Spencer and is mother of Patrick (Karin), Janice, Damien and Martha; four grandchildren; three great-grandchildren and a brother Stephen Fisher of Florida.

The Recitation of the Holy Rosary will be held on Monday, August 22 at Immaculate Conception Catholic Church at 10:30 a.m..

A Memorial Mass will follow at 11 a.m. Inurnment will follow in All Souls Cemetery.A reception will be held in the church hall following services.