My Turn: Diversion ditches essential for a healthy Verde Valley 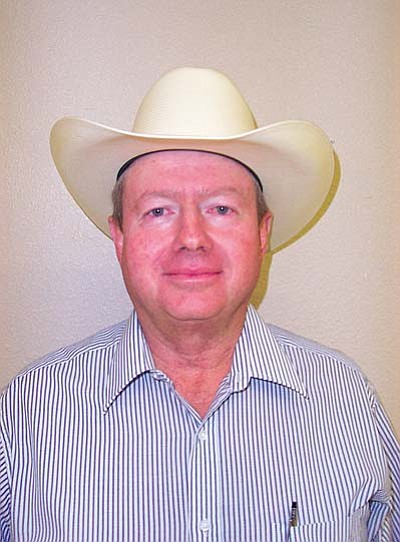 The Opinion & Commentary “From the Blogs” titled How To Sell the Verde River, written by Mel Burke on Friday’s, Aug. 19, Verde Independent is totally misguided and does not represent the facts. I doubt he is qualified to judge the merits of any irrigation ditch association in the Verde Valley.

There are approximately 42 Ditch Companies in the Verde Valley that have diversion dams on the Verde, Oak Creek, Beaver Creek, and Clear Creek. All of these have historic water rights dating back into the mid-to-late 1800s. Some of these are very small, serving only a few properties to larger ditch associations who serve hundreds of shareholders.

In the late 1800s and early 1900s, farmers and ranchers settled the Verde Valley and established gravity-flow ditch/canal systems to irrigate fertile lands to grow crops and raise feed for their livestock. They developed these ditches and canals with a lot of hard work, sweat and non-mechanized equipment. They used teams of horses with slips, fresnos, picks and shovels. Because of this, the Verde Valley is much more productive and beautiful and is really a “green valley” having some of the best greenbelt/riparian areas not only in Arizona but in the entire Southwest.

The thousands of acres of irrigated lands in the Verde Valley still produce agricultural crops, forage for livestock, and provide water for smaller irrigated ranchette properties that raise gardens and provide irrigated pasture for horses, 4H and FFA projects, etc.

The diversion dams on all of these ditches are maintained on an annual basis. During years of high runoff, most of these dams have to be maintained and restored to ensure water flows to the ditch irrigation systems.

Most of these dams have spillways as does the Cottonwood Ditch dam. Water goes over the spillways; seeps through the earthen dams and flows of the river continue below each dam. In addition, all tail water from irrigated lands either percolates through the soil and/or returns to the river. In both cases, the diverted water irrigates farmlands and directly and/or indirectly returns flows to the rivers/creeks in the Verde Valley. Diversion dams provide many positive impacts to the rivers and creeks in the Verde Valley. This is in addition to providing water to irrigated properties.

These Ditch Companies/Associations have been “re-charging” the Verde River system for over 100 years. That is critical to the flow of the river and is very important for the users. If you fly the Valley from the air, you can see the narrow green ribbon “flare out” in these irrigated areas. All of these areas not only provide re-charge to the river system, but they too provide food and fiber for the human population to consume; and, provides some of the best habitat in the Southwest for wildlife and birds.

Summer time temperatures always drop during the night along these irrigated corridors making it very nice for those of us who live in these areas. It is truly because of man’s management and influence for the past 150 years of putting Verde River water to beneficial use, that has made the Verde Valley lands productive; truly green and beautiful for its citizens. That is one of the major reasons most of our citizens here in the Verde Valley have moved here from someplace else.

Farms and ranches located on rivers and streams all over the West not only produce beef, and raise crops, but provide habitat for wildlife and birds plus green belt areas for their local communities. We have many different birds and wildlife on our ranch. These western ranches raise millions of head of cattle to produce beef and grow crops to feed the people of our great nation.

If, in fact, Mr. Burke is really concerned about the Verde River, I would ask Mr. Burke and other interested citizens and political leaders to consider the adverse impact that all of the trees and vegetation are causing to our river system. These millions of trees are sucking the river dry! You can’t even get to the river because of the vegetative jungle. When I was a kid growing up on the river, it was clean, and had meadows everywhere. That was when livestock including cattle, horses and sheep grazed on the river and kept it cleaned out and healthy.

When we have the next large flood event, we will have tremendous damage from floods severely impacting private properties, including homeowners because the Verde River bottom is so choked and plugged up that there is nowhere for the water to flow. Just take a look at the river bottom at 89A Highway bridge in Bridgeport. In fact, I predict that what we will see is water from future flood events (surface runoff from large storms) higher than we have ever seen it before and on properties that have never been flooded before.

It will be catastrophic to all property owners along the river. Our officials will call it a 500- or 1,000-year flood event. We need to start removing the dense vegetation now to open up the river bottom and provide a place for water to flow downstream. It is a ticking time bomb.

In closing, I respectfully ask Mr. Burke to get the facts first, before trying to criticize a person and/or irrigation ditch association. He has no expertise on irrigation systems here in the Verde Valley. And, like most people who move here from somewhere else, “they always seem to know what is best for the rest of us” who have been making a living off of the river and the land here in the Verde Valley for five generations.

Mr. Burke, no one loves the river and protects the rivers and creeks in the Verde Valley more than those of us who raise families and make a living; depend and use them for our livelihoods. What are your qualifications?

Andy Groseta is president of the Cottonwood Ditch Association

Verde Valley irrigation ditches represent the old and new of water flow technology
Editorial: Verde Valley needs to tend to its own house when it comes to river management
Editorial: Big steps by Verde ditches benefit all
Actions speak louder than words in the way we use the Verde River
Guest Commentary: Our Ditches: Expanding viability of Verde Valley