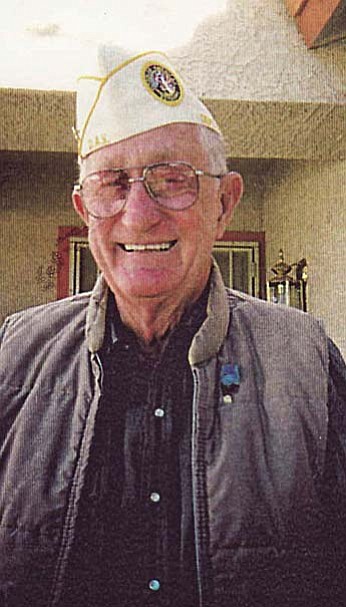 Henry (Tex) William Ellison, 89, of Camp Verde passed away November 22, 2011. He was born on February 27, 1922 in Beasley, Texas to the late Henry Wilson Ellison and Sallie Benton Ellison.

Henry was a proud United States Air Force veteran serving his country during WWII as a B-24 engineer for the 467th Bombardment Squad stationed at Rackheath, England. He flew 33 missions and received numerous awards including the Air Medal, Distinguished Flying Cross and Oak Leaf Clusters. After his discharge he lived and worked in New York.

Henry worked as a mechanic until his retirement. He was a member of the IBEW Local 769, Disabled American Veterans and VFW.

He will always be remembered as a loving father, grandfather, brother and friend. His love of life and stories touched the lives of many and he will be deeply missed.

He was preceded in death by sons: Thomas Ellison and Lawrence Ellison. Funeral services were held at Bueler Funeral Home in Camp Verde on November 26, 2011. If you would like to remember Henry in a special way, please make a donation of your choice in his name.