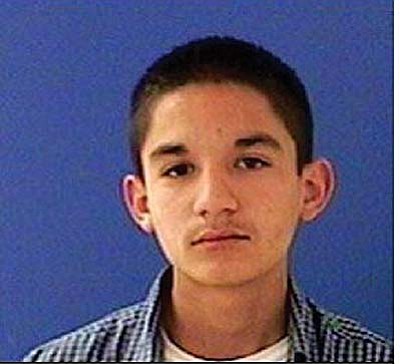 Bermudez was transferred to the custody of the U.S. Marshals Office deputies and is currently in the custody of juvenile detention authorities in Arizona. Court proceedings are now pending for Bermudez who will be tried as an adult.

This is the last arrest of a primary suspect a case that involved a large theft of firearms from two Cottonwood area homes. The guns came from homes on Rifle Road in Cottonwood and a home on South Quail Run in Verde Village.

A gun from each of these burglaries was recovered from the suspect's vehicle. During the investigation, Bermudez ran from Maricopa County Sheriff's deputies and remains at large. A warrant was issued for his arrest charging burglary, theft, weapons misconduct and trafficking in stolen property. He was sought in Cottonwood but thought could have fled to Mexico.

Bojorquez was booked on the burglary at the Camp Verde Detention Center on Jan. 25, 2011. He is charged with burglary, theft, misconduct involving weapons, and criminal damage with a bond set at $150,000. He's also held on a probation violation without bond and is classified as an adult for purposes of prosecution.

As the investigation continued, detectives developed information linking 18-year-old Eddie Medina to the Rifle Road burglary and located 24 of the stolen firearms at his Cornville home.

On Feb. 8, Medina was booked into the Camp Verde Detention Center on charges including theft, trafficking in stolen property, weapons misconduct, taking the ID of another, and possession of a forged instrument. Medina remains in-custody without bond.