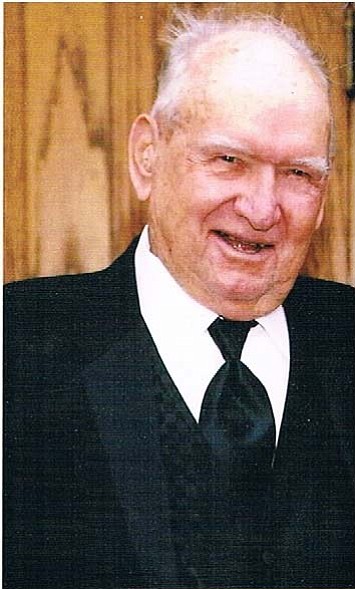 Faires David Andrew Dobyns was born May 18, 1924 in McAlester, Oklahoma, and died of complications from a broken hip December 11,2011.

Faires was preceded in death by his wife of 41 years, Erma Dobyns and parents David and Bertha Dobyns. He is survived by his daughters Sheila (Mulcaire) Mongini of Cottonwood and Patricia (Mulcaire) Wallace of Phoenix; sons Delbert Dobyns of Farmington, Tom Mulcaire of Cottonwood and Mike Mulcaire of Cottonwood. He had 13 brothers and sisters and is survived by five brothers Donalee and Eugene and sisters Dora, Lorene and Betty. He has thirteen grandchildren and twenty-two great-grandchildren.

Faires was a Navy veteran and served during World War II. He was a union pipe fitter/welder by trade. He relocated to Cottonwood and later owned the Shell bulk plant in Clarkdale. After retiring he owned D & M Materials. He was a lifetime member of the Jerome Elks Lodge. Dad or Papa as he called by many was very loved and considered a man of few but important words.

A memorial service will be held January 7, 2012 in the Cottonwood Cemetery at 1 PM.

An online obituary is available at www.westcottfuneralhome.com.