Gustafson sentenced to 21 years in domestic violence and police shooting 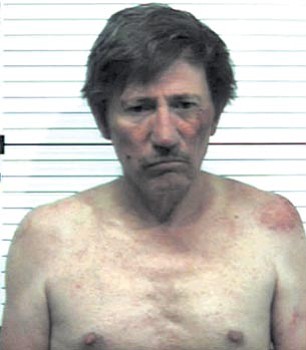 Robert Gustafson, 55, of Rimrock, was sentenced Jan. 18, to an aggravated term of 21 years flat time in prison by Yavapai Superior Court Judge Warren Darrow. Flat time means he does not qualify for early release on the charges.

The charges result from an incident the night of July 28, 2010, when Yavapai County Sheriff's deputies were called to a Rimrock residence on a report that Gustafson was threatening his mother with a handgun.

As deputies arrived, they heard a gunshot from within the residence. The officers took positions outside andannounced their presence. Gustafson ran out the rear door and started firing at the deputies with his .45 caliber handgun. Gustafson had fired five rounds at the officers. Two deputies returned fire and Gustafson was taken into custody. It was later learned that Gustafson stopped firing his handgun because it jammed.

While being taken into custody, Gustafson disobeyed commands, struggling with the officers.

The investigation revealed that prior to the 911 call, Gustafson had shoved his mother to the ground, fracturing her wrist. Then 911 was called when Gustafson retrieved the .45 caliber handgun from his bedroom. Before police arrived, Gustafson had put the gun to the head of his stepfather and threatened to kill him and then discharged the weapon inside the house as deputies arrived.