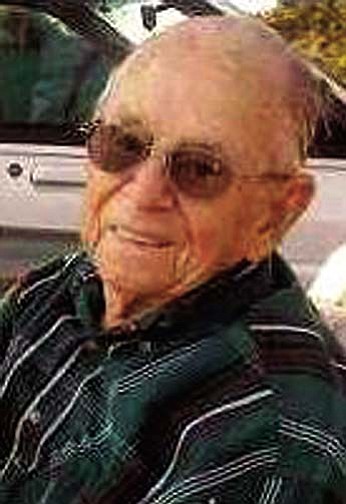 Emil Oscar Ryberg, 95, went to sleep on February 4, 2011 and woke up in the presence of God, reunited for eternity in Heaven with his life-long partner and loving wife Mildred. Born on March 19, 1915 in Williams, Arizona, soon after his parents, Oscar and Elvira Ryberg had emigrated from Sweden to America by way of Ellis Island; who as westward-bound pioneers homesteaded in Garland Prairie outside of Flagstaff, Arizona.

The northern Arizona forest was an important part of Mr. Ryberg’s life. He and his brother made arduous two-day cross-country winter skiing trips packing home supplies from Williams. His adept hunting and fishing skills were a well-honed ability necessary to support the family of twelve’s rugged existence on “the prairie.” His first paying job was a forest fire spotter where he spent solitary summers in the lookout tower on nearby Volunteer Mountain then in the winter for sheer pleasure raced up and down the mountain on crude wooden skis. For almost 50 years he worked in the logging industry first for Saginaw Logging Company in Grand Canyon in the early 1900’s followed by work in remote logging camps as an employee of Southwest Forest Industry. He left northern Arizona for only a few short years to work at Falcon Field in Mesa during World War II.

In 1936, Emil married Mildred May who died in 2006 just a few months before they would have celebrated their 70th wedding anniversary. Emil and Mildred raised their two young sons in Happy Jack and then in Flagstaff, later adopting two Native American daughters. The couple was founding members of Mt. View Baptist Church in Flagstaff. After retiring in 1980, they resettled in Cottonwood, Arizona. Mr. Ryberg will be remembered for his gentle nature and for his ability to prevail despite physical injuries to which he staunchly refused to succumb. He enjoyed a life of remarkably good health until his peaceful death at home where for the past five years he lived with his son Ron and wife, Joan in Clarkdale.

Funeral services will be held on Saturday, February 12, 2011 at 10:30 AM, Verde Baptist Church in Cottonwood, Arizona. Pastor Robb Williams will officiate. Burial at Valley View Cemetery will follow.