Be careful what you wish for ... 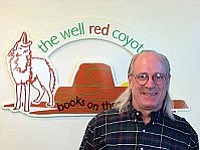 Back in the chain bookstores' heyday of the late 1980s through 1990s, it seemed like a new Borders or Barnes & Noble (or both!) was opening every month, in every neighborhood, in large cities and small, expanding even faster than Starbucks.

Whenever possible, these mega-bookstores would open very close to an existing independent bookstore with the intent of putting the smaller store out of business.

And that is what did happen, throughout the country, as many independent bookstores could not compete with the deep discounting of the much larger chain stores. The shark, so to speak, gobbled up the smaller fish.

But during the past 10 years or so, an interesting and significant thing happened (and continues to happen). The shark is being gobbled up by the whale (I know my fish analogy is tenuous, but stay with me.).

The big box stores (Costco, Sam's Club, etc.) and the online retailers (Amazon, etc.) are putting both Borders and Barnes & Noble out of business, mostly by even deeper discounts than the latter are financially able to offer.

As of this writing, Borders is expected to file for bankruptcy in the very near future. At the very least, it is expected to close another 150 stores in addition to the 200 stores it closed last year. Waldenbooks (remember them?) is virtually nonexistent, after being acquired by Borders in 1994.

Barnes & Noble is pretty much in the same boat. In fact, it tried to sell itself to Borders last year, but clearly Borders did not have the means to buy its competitor. B. Dalton (remember them?) has already been liquidated, acquired by Barnes & Noble in 1987. And, although B&N still has an internet presence, it is still having trouble competing with Amazon.

Both Borders and B&N have stopped making payments to some of their vendors and landlords, and both are desperately seeking private financing, in addition to the huge investments already made certain hedge funds.

The primary difference between the chain bookstores and the big box/online retailers is that the latter do not need to make a profit in selling books. They offer a wide selection of other products so they use books as loss leaders, something that Borders and B&N cannot do.

So we appear to be coming full circle in the book business. The demise of the chain bookstores can only help the independent store, as more and more book consumers are faced with the limited number of titles offered by the big box stores (approximately 50 at a time), or the impersonal "browsing" experience of buying online.

The Well Red Coyote will soon be celebrating its sixth anniversary. Thank you for your support and we hope to see you soon.

Think about it next time you're in a bookstore
Bookstore Karma, or What Goes Around...
The cycle of life in the book industry
Books still alive and well in digital age
Baby D.I.Y. going into national bookstores
Event Calendar