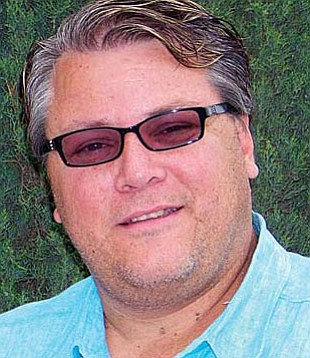 CAMP VERDE -- Christopher Furey last year was a children's minister at Cottonwood's Emmanuel Fellowship Church. He sat quietly at the defense table in Yavapai County Superior Court Tuesday as Judge Warren Darrow read a list of counts to which he has agreed to plead guilty.

He merely said, "Yes, sir" to each of Darrow's questions.

Two dozen people -- friends and parishioners -- sat in the audience listening to the brief proceeding for the change of plea hearing.

Furey, 43, was indicted by a Yavapai County Grand Jury last September, charged with 19 sex offenses against a 16-year-old girl who was a member of the church.

The most serious charge is sexual conduct with a minor, a class 2 felony for which he must serve flat time without the chance for early release or probation. The class 2 felony carries a sentence ranging from 3 to 12.5 years.

Darrow told Furey he intends to sentence him to between 9 and 12 years in prison followed by lifetime probation. In addition, Furey must register as a sex offender, take part in community service and pay possible restitution.

However, the judge has asked for a pre-sentence report and the prison time could change if he finds issues to aggravate the sentence.

Prosecutor Steve Young recounted the sexual activity between Furey and the girl in addition to soliciting sexual conduct through text messages. In fact, Young said, that during a period from May through August, the Furey and the young girl had exchanged 100,000 text messages.