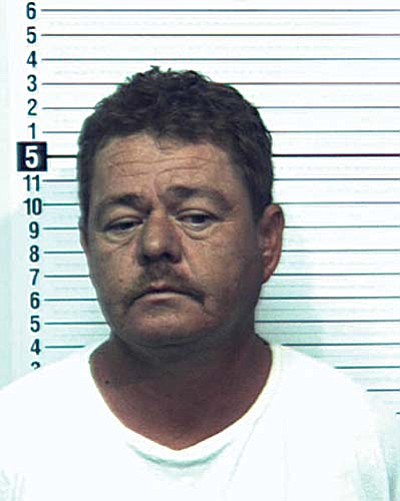 BIG PARK-- A 34-year-old Village of Oak Creek woman allegedly was stabbed repeatedly by her estranged husband Friday evening. The woman is reported to be stable at the Flagstaff hospital and her husband charged with attempted murder.

Yavapai County Sheriff's deputies report that the woman was stabbed at her home on Ironwood Street in the Village. She was in a car with her boyfriend parked in the driveway of her home when her estranged husband approached the house.

Oscar Miranda-Villalobos, who lives in Clarkdale, reportedly pulled the woman from her car while brandishing a carving-style knife. The angry 45-year-old husband then allegedly stabbed his wife several times. She was wounded in the mid-section, back, wrist and hands.

The woman's boyfriend got out of the car and grabbed a shovel lying nearby and struck Villalobos on the head to stop the assault. Villalobos dropped the 8-inch knife and fled.

EMS rescue crews were dispatched, finding the woman alert but bleeding profusely. She was loaded into a medical helicopter and airlifted to Flagstaff Medical Center.

Deputies interviewed the victim, her boyfriend and her son, whose father is Villalobos. The suspect had made numerous threats to harm the victim and his son in recent weeks, according to the report.

Villalobos had called the boy, and deputies determined that he was still nearby.

A search by the officers found the suspect hiding between Rimrock Ride Drive and Cortez Drive, and he was arrested without incident.

Villalobos was treated for his head injury and then booked into the Camp Verde Detention Center, charged with attempted murder. He remains in custody on a $750,000 bond.

Husband to be sentenced in attempted knife murder of wife
Young woman killed in Cornville
The darker side of 2011
Mendoza pleads to murder
Police: Woman stabs boyfriend in leg
Event Calendar