2011: What happened in elementary school? 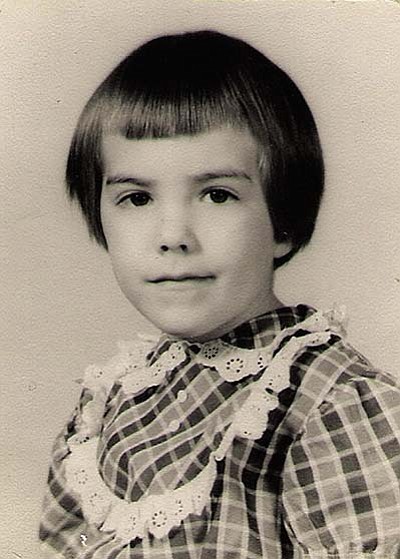 The kindergarten photo, 1959. Submitted by Pamela Morgan of Cottonwood.

Thirty-plus years out of the classroom, former students still remember distinct smells, sights, and even where they sat in the auditorium. Can you do the same?

Let me confess that this “school memories” section is NOT scientific. The only people I interviewed for this were friends…some a little older, some younger. The goal is to rekindle your own memories, which are probably much the same as ours.

My buddies claim the first thing they recall is kindergarten. Not anything specific, really…just jumbled memories of being very little in a very big room.

“I think we sat on the floor, on pillows, a lot of the time,” somebody said. “And I remember rhythm band, were the teacher would play a record and we’d try to keep time to it with little triangles, wood blocks, bells, and sandpaper.”

The lunchroom played a big part in a little kid’s day. It divided the instructional time, and gave us our first practice at conversation.

Our lunchroom alternated between loud and deathly silent. When the kids got too loud, one of the teachers turned off the lights, which meant we had to stop talking. After a couple of minutes she’d turn them back on, and we could go back to our usual blabber.

My friends remember new freedom as they moved into their later elementary years. “I think we got three ‘outside’ breaks during the day,” one friend recalls. “We had some sort of structured physical education class in the morning, an outside break right after lunch, and a 20 or 30-minute recess in the afternoon. Man, we were out playing ball all the time.”

At phys ed – where guys mixed with girls – we sometimes played dodge ball. There were big circles on the pavement, and class members stood on the outside of the circle. Inside were eight kids, who dodged big volleyballs coming at them from different directions. This could be fairly dangerous.

During recess most guys played softball or kickball, and the girls – who were required to wear dresses – played jacks, raced each other, or just sat around and talked. (Those were the days of real equality…not!)

Many classmates remember teachers instructing us in various dances, especially square dance. “I remember bowing to my partner, linking arms, and sidestepping back and forth until I was blue in the face,” one guy laughs. “I never did learn to do those steps, and I never used those skills again.”

But those teachers probably had another motive. They wanted to get the children used to being with members of the opposite sex, which would hopefully help them in later years.

As my class moved into 6th grade, we begin to receive formal invitations from local ballroom dancing schools. The parents encouraged this. The girls seemed to be for it. The guys weren’t real sure, but we were told it would “build our character”…whatever that meant.

'What do you want to be when you grow up?'
Rags, wheels, and other teen trends
Best years of TV for you and me
2011: How we rated grades ... and teachers
Boomer kids tell us about an 'average day'