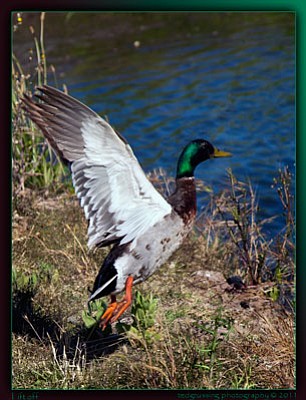 A number of things I have to mention; first I am way behind on answering my emails and if you are wondering if I got yours or not, I probably did and will reply soon. The only emails I do not generally reply to are humor ones otherwise I do them all. Sorry for the backlog and hope to be out from under by next week; second, there will be no circumnavigation party for Corky this year; health issues have plagued one of our friends who co-hosts it and so for this year it will not happen. Corky promises to complete another circumnavigation of the sun (whilst on planet earth) and hopefully next year we shall do it. For those who think me daft, it takes a year for our planet to make a trip around the sun and we measure our time on earth in years; beyond a certain age, the ladies of our species cease to acknowledge ¡§birthdays¡- thus the circumnavigation party. º

Lots of work today and while Corky had a friend over I cut out with two of our ISO 100 members and did some shooting down in the Page Springs area this afternoon. We did some shooting at a friend¡¦s property, but we were not entirely prepared for the terrain so our shooting was a little limited there. Next time can we bring machetes and a D9, Russ? Just kidding, but it is wild. Then some shooting at the ponds Doug and Guy were sporting long lenses and I only had the 24-105 so I was at a little disadvantage for the ponds, but still got some good shots. Did I mention it was very windy? We came on some wild raspberries growing and some blooms still present. They were in shade but a little sun coming through on them so I took the shot; didn¡¦t know that the berries had such nice flowers. So this one, tongue in cheek, is for Doug.

We all got some nice duck shooting, but with the short lens I felt a little like I did when I first started hunting at 12 years old ¡K I had a 2.5¡- single shot .410 shotgun and everyone else had 12 gauge pumps or double barrel shotguns. So here is one I like of a Greenhead just transitioning into flight after the jump and starting a very powerful stroke to carry him well above the ground and into flight.

Busy day underway and hope you have a wonderful one.

Photos
A little ...
At the ponds
The beauty of it all
Spring
Event Calendar