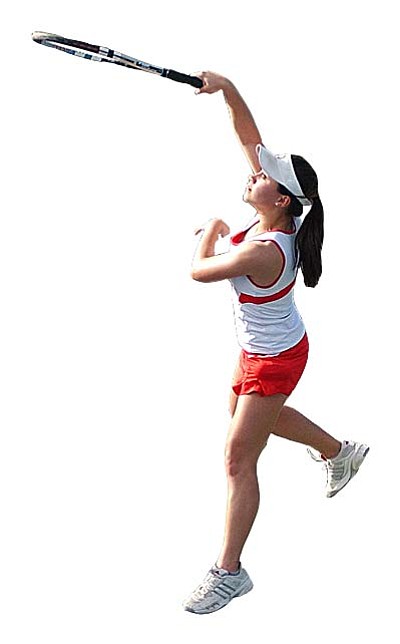 The Mingus girls tennis squad is energized to start this season.

Interest in the sport at Mingus is growing. So many girls tried out this year Head Coach Andrea Meyer had to make difficult decisions and cut some players for the first time in a long time.

Meyer describes the group of girls she has now as a talented, athletic, experienced team and she expects to rack up tallies in the win column this season.

Getting there will be different from years past, with a sectional instead of a region tournament, and the pool of talent selected to make the state tournament will be larger.

According to a document from the AIA's website, Mingus will be in Division III, Section I. Mingus has the second highest enrollment in the section, but in tennis that doesn't mean as much as in other sports. Small private schools sometimes put together powerhouse teams. It looks like Mingus will be able to compete for their section.

Page is the only team from the Grand Canyon Region in the same section with Mingus. Flagstaff is in Division II.

Meyer said every girl on the Mingus team gives her "unmitigated joy" to be with because they encourage each other and they're very coachable.

Helping with coaching this year is Rick Champion. Meyer said the girls have responded well to his input.

A point of emphasis this season is focusing during the point, and then relaxing between points because most of a match is spent not playing tennis. The mental toughness between points is just as important.

Meyer is also excited about some additions to the program. They are Bethany Hickey, Maddi Spude, Courtney Warner, Lauren Nevitt, and Jordan Sabo. Right now they are JV players, but Meyer said Hickey is putting pressure on the varsity girls.

That's the type of friendly competition that makes teams better at practice.

The girls first home match is scheduled for March 8 against Page at 3:30 p.m.