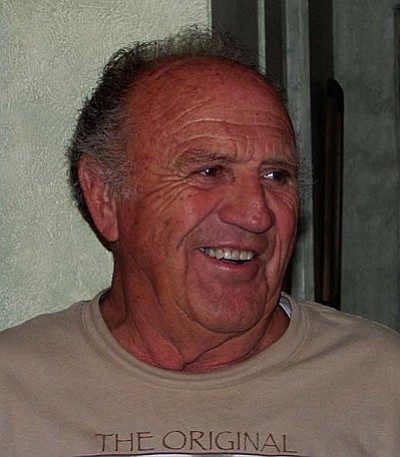 Bill was born July 21, 1934 in Pocatello, Idaho to William H. and Grace Mae Mealer. He spent his early years growing up on the Tyhee flats in eastern Idaho and graduated from Blackfoot High School.

Bill’s next assignment was in Japan aiding in the Korean War armistice ending in November 1954. After returning from Japan, Bill was stationed at bases located in Texas, Arizona, France, England, New Mexico, California, and New Hampshire. Bill was sent on foreign assignments to Vietnam, Iran, and Thailand. While Bill was on overseas assignments Betty and the kids stayed in New Mexico and in 1967 moved to Idaho. In 1971 Bill returned and was stationed at Hill Air Force Base, Utah.

In 1973 Bill retired ending his 21-year career as a Chief Master Sergeant. Throughout his career Bill received numerous citations and awards. Bill was recognized for his hard work, courage, coolness and skill, displayed upon more than one occasion that reflected great credit upon himself and the Armed Forces of the United States of America.

After his discharge from the Air Force Bill began working for J.R. Simplot at the Grand View Farms Division as a diesel mechanic. Bill quickly worked his way up and after 14 years retired as a purchasing agent at the Simplot corporate headquarters in Boise.

In September 1985, Bill and Betty divorced.

In February 1987 Bill and Mary Johnson were married and lived in Boise.

In 1987 Bill began working as a Security guard at St Luke’s Hospital in Boise. A few years later Bill accepted a lateral job with the hospital as a locksmith. After 10 years with St. Luke’s Hospital Bill finally retired and began chasing the warmer winter climates that the Arizona deserts had to offer. Even though Bill traveled away, Idaho was his home and he returned every spring spending time visiting his family.

In early 2008 Bill was diagnosed with lung cancer. Shortly after that diagnosis Bill and Mary divorced. Bill moved back to Idaho spending his remaining time visiting with his family living in Jerome, Boise, Kooskia, and the 45 ranch in remote Owyhee County, Idaho.

Bill had a zest for life and quickly developed his “bucket list” in an attempt to accomplish all that he could. One of the most memorable times was working at the 45 ranch with his son, Kirk. While at the ranch Bill would often go on hikes exploring and photographing scenery, birds, antelope, deer, his finger, and many of the beautiful scenes that Idaho had to offer.

In lieu of any contributions or donations, Bill would like that an act of kindness be done in his honor.

Memorial services will be conducted 1:00 PM, Saturday March 12, 2011 at the Hove-Robertson Funeral Chapel in Jerome, Idaho

Services are under the care and direction of the Hove-Robertson Funeral Chapel in Jerome, Idaho.