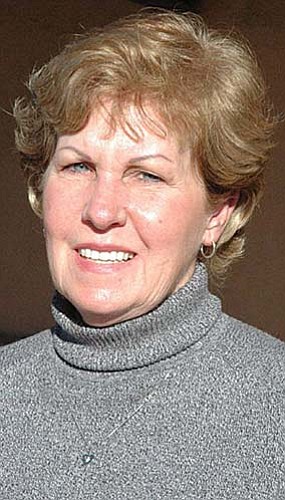 CAMP VERDE - Election Day was hectic for incumbent Carol German. Between dealing with a water heater and volunteering as a tax aide for AARP, she figured she would wait until the next day to find out how the vote turned out.

As it turned out, she was the top vote getter among the four candidates for three seats on the Camp Verde Town Council. Unofficial results from the Yavapai County Recorder's Office give German 1,440 votes from the 1,913 ballots cast.

"I'm surprised," German said Tuesday night. "I thought we would go to a runoff."

There was a much tougher race for mayor, with incumbent Bob Burnside just 60 votes ahead of challenger Steve Goetting with the initial count. Burnside received 51.4 percent of the vote to Goetting's 48.2.

"I'm pleased that the public would like for me to serve another two years, but I think either one of us would have done a good job for the town," Burnside said. "And that's what's important."

"We've really got to concentrate on increasing revenue so we can continue to provide services that the Town needs," she said. "It would hurt my heart if we cannot fund the pool this year, and I'm hoping we can find the money somewhere in the budget."

She wants to see the town broaden its tax base by making it easier for businesses to come in, build and hire.

Burnside, too, sees jobs as a focal point, but he also sees lots of opportunity for community members to put in volunteer help to keep things moving forward. A case in point, he said, would be the park, something the Town has no money for.

"We've beat this budget to death by now," he said.

"And I hope Steve will continue to step in and help just like he always has," he said of Goetting's active involvement in town events.