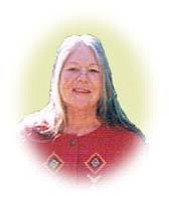 Martha attended Ashland High. She was an active member of VFW Women’s Auxiliary and a member of the Red Hats Chapter 33,000.

She was deeply loved and will be missed by everyone who knew her.

Martha was preceded in death by her brother William Self. She is survived by daughters Colleen Nelson of Maryland, Melony Tolliver of Oregon and Machelle Zahradnik (John) of Oregon; brothers Terry Self (Ronda) of Washington and Gordon Self of Oregon; sisters Dorothy Kerr (Lewis) and Mary Eaton (Wesley) both of Oregon; seven grandchildren and six great-grandchildren.