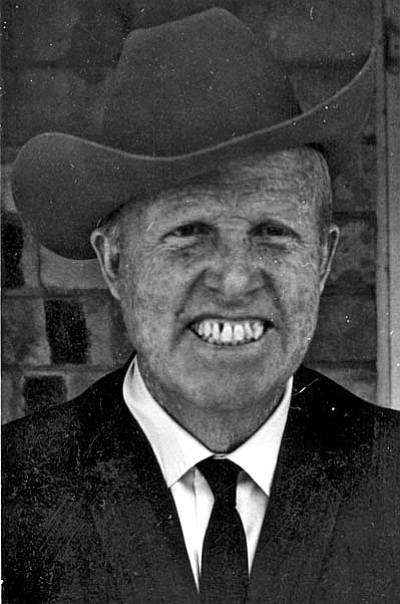 Following a prolonged period of battling cancer, and many other complications, J.L. “Red” Phillips went home to be with his Lord and Savior April 23, 2011.

He was born in Mineola, Texas, Feb. 23, 1922, and entered the Marine Corp in 1942 from San Angelo, Texas. He spent World War II in the Pacific Theater. At the end of the war, he married Jane at Santa Barbara, Calif.

They met when he was stationed at the Santa Barbara Marine Base before his tour of duty. They lived in both San Angelo and Santa Barbara, with both children being born in Texas. They settled in Arizona in 1957. Red was a registered general building contractor, specializing in custom homes, mainly in the Sedona area until retirement in 1985.

After Jane’s retirement in 1987, many satisfying years were spent visiting relatives and exploring the United States by RV.

He is survived by his son Jim L. Phillips (Lynda), his daughter Janel P. Hurley of Riverside, Calif., his wife of 65 years, Jane, and two grandchildren. His children and wife remember him as not only a loving father and husband, but also a dear friend supporting them in all their endeavors.

The family appreciates and thanks all the medical professionals, including the CWS and Hospice who saw J.L. through the long months of struggle.