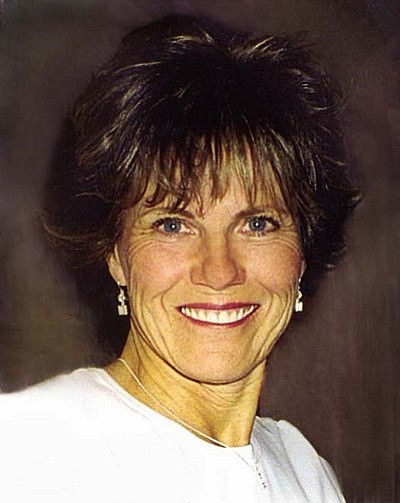 Susan Dee (Bealer) Ritzenthaler, of Camp Verde, AZ; dear daughter, wife, mother, grandmother, sister, and friend, finished her life’s journey on April 13, 2011. After heroically fighting cancer for 10 months, while maintaining her normal quality of life, she was quickly released, in a matter of days, into eternal rest and peace.

Susan was born January 17, 1945 to Dean and Jacqueline Bealer in Morrison, Illinois. She was a graduate of Erie High School, where she was Homecoming Queen her senior year. After attending Rockford Business School, she worked as a medical secretary in Madison, WI and then as an executive secretary at the Campus Crusade for Christ headquarters in San Bernardino, CA. She returned to Fenton, Illinois to marry Brian Ritzenthaler on November 9, 1968. Susan then worked at General Electric in Palatine, IL, before having children.

She and Brian welcomed four daughters into their family, and moved to Texas in 1978. Susan loved babies and children, and did child care in her home while her daughters were in school. She and Brian relocated to Phoenix, AZ in 1992. There she was involved in several entrepreneurial endeavors, and enjoyed watching her daughters begin their own careers and families. Susan spent the remainder of her life relishing the laughter and love she found in relationships with her husband, children, grandchildren, and friends. Susan leaves behind her husband, four daughters (Kimberly Leeson of Dallas, TX, Trena Brunson of Richardson, TX, Amanda Childs of Ladera Ranch, CA, and Christa Nail of Chandler, AZ) and nine grandchildren.

She is also survived by her father and stepmother, Dean and Kathleen Bealer of Fenton, IL, sister Patricia MacDonald of Laguna Beach, CA and sister Marcia Hekman of Grand Rapids, MI. A celebration of Susan’s life and graduation into the Lord’s presence was held in Scottsdale, AZ on April 23. Her remains will be laid to rest beside her mother’s in Fenton, IL. Memorial gifts may be made in Susan’s honor to your favorite charity, or contributions to help defray medical costs associated with Susan’s illness would be greatly appreciated. Send to: Brian Ritzenthaler, 250 E. Cliff House Drive, Camp Verde, AZ 86322 Information provided by family members.