Oops! E-readers may be obsolete! 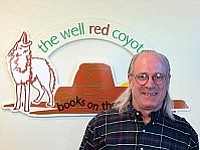 In our ever-accelerating changing culture, if you live by the sword of technology, you just might die by that same sword.

Just a little over six months ago, various technology experts were predicting that books would be obsolete by 2015, being replaced by dedicated e-readers. In fact, over 6 million such e-readers were sold in 2010.

Contrary to Amazon's claims that it sold more e-books than regular books last year, Publishers Weekly states that e-books only represented 6-percent of all book sales in 2010, making Amazon's claim impossible given its total market share.

It appears, however, that e-reader sales have peaked and are beginning to decline.

People are flocking to "the next best thing," which as of this writing is the tablet pc. E-readers can only do one thing - allow the owner to read books electronically.

Tablets, however, can do a multitude of things for its owners, reading books being only a small piece of the whole mass media instant technology. Multifunctional devices are trumping dedicated devices, instantly and irrevocably.

According to one tech research firm, more people will own tablets than e-readers by the end of 2012. And by 2015, tablets will be twice as common as e-readers.

What does all of this have to do with reading books, real or electronic? Not much.

Book industry tracking of Kindle (Amazon's e-reader) usage for 2010 indicates that only about one-third of Kindle owners downloaded e-books on a regular basis. Another one-third have only downloaded free e-books and the remaining third have not downloaded any e-books!

And, it is unlikely that the book downloading habits of tablet owners will be any better. Probably worse, given all the other things one can do on a tablet other than read e-books.

Please don't get me wrong. I embrace technology - up to a point and that point is when it fails to provide something better than what it replaces.

So far, I haven't seen it provide anything better than a physical book.

That's not a rationalization of a bookstore owner. Yes, I have a lot invested in the physical book being around for a long time. But if I truly believed that they will become obsolete in the relatively near future, I'd have to be crazy to hang on to The Well Red Coyote.

Suffice it to say, I'm not crazy. Happy reading!

Book Talk: The Dumbing Down of America: We Are Reading Less
E-Reader primer courtesy of Sedona Public Library
Between the Lines: No post mortem for 'the book'
Whatever happened to the paperless office and what does that have to do with books?
Sedona Book Festival a celebration of reading