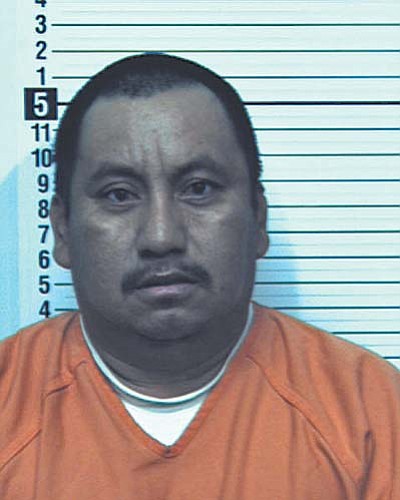 SEDONA -- Yavapai Sheriff's detectives concluded a month-long investigation with the arrest of a Mexican drug trafficker. Detectives learned the man was selling large amounts of methamphetamine and cocaine in the Verde Valley. The investigation ended last Wednesday when Special Crimes detectives and a Sedona officer of the PANT task force served warrants at two locations: 100 block of Oak Creek Blvd and 44 Payne Place No.2 in Sedona.

Aniceto Garcia Ramon, 40, was arrested at the Oak Creek Blvd. location in possession of 20 separate baggies of meth with a combined weight of about three ounces and a baggie of cocaine weighing nearly 12 grams. The estimated street value of the drugs is $8,500.

Over $2,000 was found concealed in a speaker cabinet, which was confiscated as drug profits along with a 2005 GMC truck and 1997 Nissan pick-up.

Tenoria was arrested and charged with three counts of forgery and taking the identity of another and booked at the Camp Verde Detention Center.

Both Ramon and Tenorio are illegals, unemployed and were receiving public benefits.

During the search of the Oak Creek home, 47-year-old Leslie Jay Palmer arrived and became confrontational. Palmer was arrested and charged with possession of marijuana, possession of drug paraphernalia and DUI drugs. He was booked at the Camp Verde Detention Center and has since been released on bond.