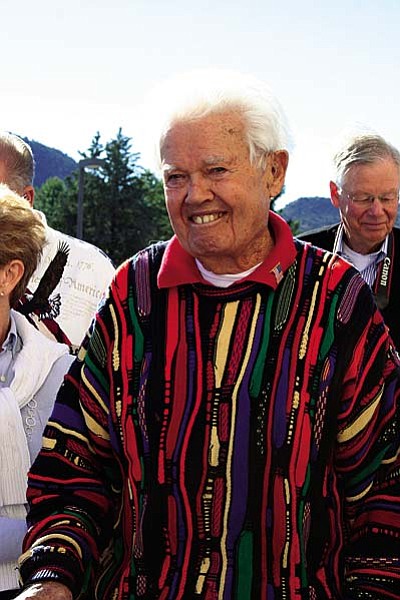 So he wrote to the governors of the original 13 states, told them what he was up to and asked if they would they be so good as to send him a flag.

Today, Cornelius’ flag collection has grown to include almost all 50 states, plus all branches of the armed forces.

And apparently all those flags did what they were supposed to do. He has raised over $70,000, all of it going to assist disable veterans convalescing at the Bob Stump Veterans Hospital in Prescott.

On June 14, Flag Day, Cornelius will be out in Webers IGA parking lot, along with his flag collection, some other interesting displays and his group of loyal supporters, once again raising money.

He asks that you come by between 8 a.m. and 5 p.m. and purchase raffle tickets for the $25,000 worth of prizes he also had donated, just by asking.