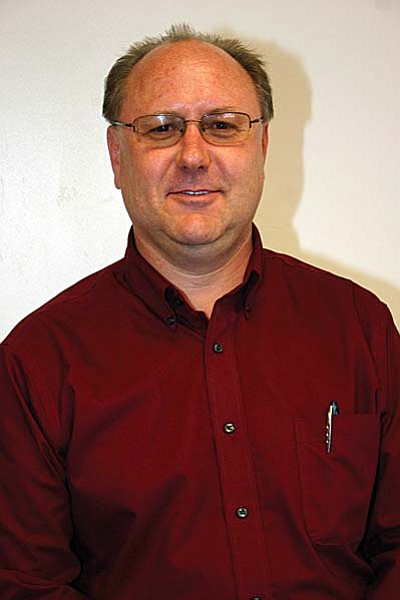 Mingus Business Manager Kirk Waddle: “Our budget is a prescribed formula that is based on student enrollment, not on spending. All schools must budget the same base allowance per student as the statute requires.”

VERDE VALLEY - Property tax bills are out. Along with them come questions about why some taxpayers' primary tax rates have changed.

It has to do with a recent move by the State Legislature to raise the Qualifying Tax Rate of school districts.

"I've been receiving a lot of questions," said Kirk Waddle, business manager for Mingus Union High School. He said that some taxpayers tell him they are being told that the raise in the tax rates are the school's fault.

"The people I have spoken with end the conversation with a better understanding of the school's budget formula and that our budgets have actually decreased due to cuts at the state and lower enrollment," Waddle said.

"I then explain the Qualifying Tax Rate is set by the legislature who increased the rate by 25 percent this year," Waddle said. He added that the move by the legislature lowers the state's commitment to education, but it shifts the burden to the local taxpayer. "We have no control over QTR," he said.

The purpose of the meeting was to explain how the higher QTR imposed on districts by the state might raise individual taxpayer's primary rates without any control by those districts.

It has to do with equalization. That is a system used by the state for years to balance out the funds available to school districts with lower assessed property valuations than some other districts with higher valuations.

Aston explained that QTR is a factor set by the state. "It's basically where the tax rates start," she said.

Leonard said that it shifts the burden from the state to the taxpayer.

"If the QTR increases, the property tax will increase," Waddle said.

Snyder explained that the levy amount is what the local taxpayers pay, and equalization is what the state pays.

By raising the QTR, the state will pay less money for equalization. But equalization still exists. It's just that now the state is forcing local districts to pay some of what the state used to pay.

The state increased QTR by 25 percent across the board for all school districts.

In a letter of explanation to the C-OC Governing Board, Snyder stated that the state increased the QTR, and that the changes are solely a result of changes in the QTR and the reduction of the assessed property values of the district.

Although the assessed valuation in all of the Verde Valley districts went down, it isn't automatic that the increase in individual property taxes will match up with the increase in the primary tax levy.

Snyder made a comparison to explain how that likely works.

"...A homeowner whose property value remains at $100,000 would have an increase of $36 per year (in the C-OC District)," he stated. "If the homeowner's assessed value decreases 20 percent like the overall assessed value of the district, that homeowner would probably not see any change in the property tax."

Waddle said he has been asked why the district doesn't decrease its spending.

"Our budget is a prescribed formula that is based on student enrollment, not on spending," Waddle said. "All schools must budget the same base allowance per student as the statute requires."