Shared services for C-OC, Mingus back in play 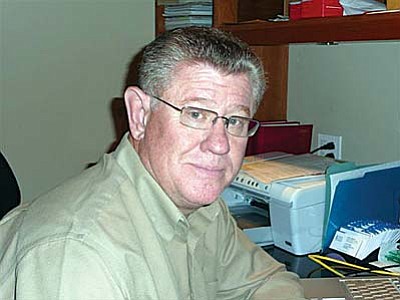 COTTONWOOD - Shared services, including a shared superintendent, is back on the discussion table for Cottonwood-Oak Creek and Mingus Union High School districts.

The subject was an agenda item Tuesday night during the Cottonwood-Oak Creek Governing Board meeting. The agenda item was posted as: "Discussion and possible action regarding interest in meeting with MUHS Governing Board to discuss personnel matters including the possibility of shared administrative services."

A letter from MUHS Board President James Ledbetter dated Oct. 25 to the C-OC District stated that C-OC Board President Randy Garrison and MUHS board member Mike Mulcaire had spoken about holding an executive session between the two boards to discuss personnel matters and the possibility of contracting with a single superintendent.

Board member Jason Finger made a motion to let MUHS know that C-OC is interested in discussing shared services.

Garrison suggested asking the MUHS board for two or three dates for a possible meeting, and a location with an agenda.

After a short discussion, the motion was passed unanimously.

A letter from the C-OC Governing Board dated Nov. 9 was sent to Ledbetter informing him that the board had voted unanimously to "participate in a meeting with MUHS Governing Board to discuss personnel matters which would include the possibility of sharing administrative services."

The C-OC letter requested that Garrison and Ledbetter work together to create an agenda for the meeting.

The interest on the part of Mulcaire seems to come from a White Paper presented to the MUHS board by MUHS Superintendent Tim Foist.

In the paper, Foist covers several topics concerning the future of the MUHS District, including shared services with C-OC.

Specifically mentioned in Foist's paper was the recommendation that the MUHS board make the MUHS superintendent's position part-time.