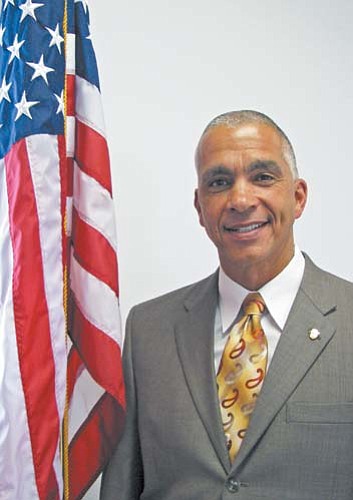 Hazime joined Verde Valley Fire District, after Chief Jerry Doerksen stepped down to operational chief. Hazime was formerly chief of the Sedona Fire District from May 2009 until this June. Hazime has an impressive fire service background with substantial community involvement.

Before Sedona, Hazime had a 30-year career in the Dearborn, Mich., Fire Department, where he rose to chief.

"I have seen nothing but professionalism from the top to the firefighters at Verde Valley Fire," says the new chief.

"The first thing I did was do an introduction to every station and crew in the first three days to say hello, tell them who I am and what my expectations are. It was encouraging to see that a lot of my expectations were already there with the district."

He says those expectations include "professionalism," the "respect that I got when I came in," the feedback with communication, showing character of the firefighters.

"When they are dealing with the community, I have to know that they are communicating well internally. That means they are going to treat customers well. So if there is any conflict, internally or lack of communication, if you will, that is a concern I am going to have to address."

Hazime says he did a lot of listening. He says he is anxious to look at opportunities for service with Verde Valley Fire District.

"We overlap a lot with Cottonwood and the surrounding agencies districts. One of the things I would like to do is look at is trying to join the agencies together for joint services and, if nothing more, do a joint powers authority which allows us to share services."

He explains that could just mean something like sharing administrative skills, "Like an HR person or IT person or finance person and certainly purchases. They are already doing some of that, but we want to enhance it, certainly purchases of fuel and parts for apparatus and equipment. We recently purchased self-contained breathing apparatus in conjunction with Sedona and, when you purchase in volume that is a cost savings."