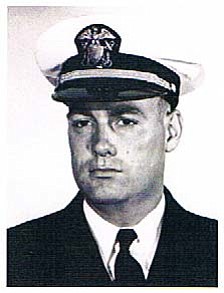 Robert Edward (Bob) Willard of Cottonwood, Arizona died on Monday October 17 at age 80. He was born in Jerome, Arizona on August 16, 1931 to Donald Brian Willard and Ruth Ann Yates Willard. The family moved to Cottonwood when Bob was two years old. The Willards were a pioneer family in Cottonwood and Sedona. Bob attended K through 12 at Clemenceau School in Cottonwood and went on to Lamoni, Iowa, where he attended Graceland College until his education was interrupted by an automobile accident.

He enlisted in the Navy in 1955 to become a pilot. After his service of five years he returned to Sedona and owned an operated Sedona Hardware with his first wife, Minnie Jane Steele, from another pioneer family. While they had the hardware store he completed his education culminating in a PhD in economics from the University of Arizona in Tucson.

Bob taught college in Nevada, Texas and Georgia before settling in Claremont, California where he taught at California State Polytechnic College in Pomona and owned an Income Tax business. In 1993 he married Dee Rocha Willard, retired and the couple returned to Cottonwood where they remained until his death. Bob and Dee enjoyed extensive traveling, hiking, dancing, duplicate bridge and being with friends.

Bob was predeceased by his first wife, Minnie and his sister Donna Willard Moser.

Services will be held at 2:00pm on November 5 at Westcott Funeral Home, 1013 E. Mingus Ave. Cottonwood, Arizona. A reception will follow at the Willard home. For additional information contact Brian Willard at 714-642-6626.