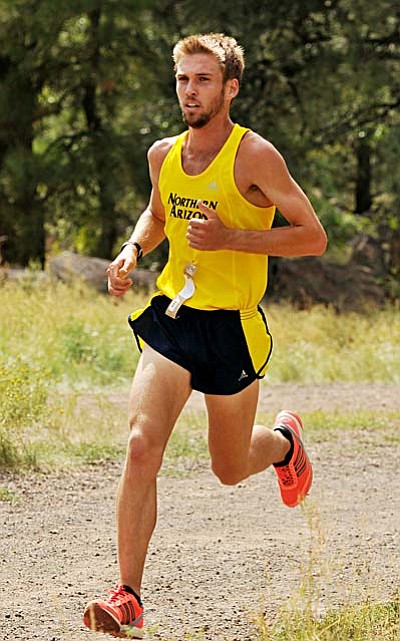 "Our goal is to come away with two Big Sky championships," said Director of Track and Field and Cross Country Eric Heins. "Hopefully our men can make some history by winning their fifth in a row, and we'd really like our women to get back to their winning ways and contend for a title as well."

The conference meet, hosted by Idaho State for the first time since 2002, has been a point of strength for both Lumberjack teams for the past two decades. The NAU men have won 15 of the last 18 Big Sky Championships, and the women have won 14 of the last 20.

The Lumberjack men would set a Big Sky record for consecutive team victories if they came away with the 2011 crown. NAU holds the current record of four straight wins, having accomplished the feat twice (1998-2001; 2007-10). Additionally, if a Lumberjack male runner wins the individual title, NAU will break its own record of six consecutive individual championships, dating back to 2005.

The men will be led by All-American and 2010 Big Sky runner-up Diego Estrada, who already has an individual meet title under his belt this season to go along with two Big Sky Athlete of the Week awards. The Lumberjack women are piloted by junior standout Rochelle Kanuho, who finished fifth at last year's conference meet.

Both NAU squads have progressed throughout the season in their own respects. The men, currently ranked 13th in the nation, have placed in the top-10 in all four regular season meets, three of which were top-three finishes. The Lumberjack women, who have had somewhat of a rebuilding year, finished in the top five in their first three meets of the season, and solidified their position as a top-50 team by contending with some of the nation's best at the Wisconsin Adidas Invitational on Oct. 14.

Competing along with Estrada this weekend for the men will be senior Andrew Belus and junior Tim Freriks, a Cottonwood native, both competitors on last year's Big Sky Championship team. Seniors Jordan Chipangama, a 2009 All-American, and Matt Coloe, as well as freshmen standouts Caleb Hoover and Chris Ganem, complete the NAU seven. Freriks has had his best season with the Lumberjacks, adding a second-place finish at NAU's home meet, a Top-20 at the Oklahoma State Cowboy Jamboree, and a third-place finish on the team at the Wisconsin Adidas Invitational, a meet in which the Lumberjacks competed against 20 of the nation's top 30 teams and finished eighth.

On the women's side, Kanuho will be assisted by fellow veterans Kortnee Burton and Haley Lawrence, who both missed last season due to injury. The majority of the Lumberjack women's team, however, is made up of newcomers who have performed well this season. Junior Agnes Laurent, a transfer from Belgium, along with freshmen Caroline Hogardh, Lauren Justus, and Kylee Kieser, look to propel their team to its fourth conference title in five years.

The meet will be held at the Idaho State Cross Country Course, with the women's 5K beginning at 9 a.m. Arizona time, followed by the men's 8K at 10 a.m.