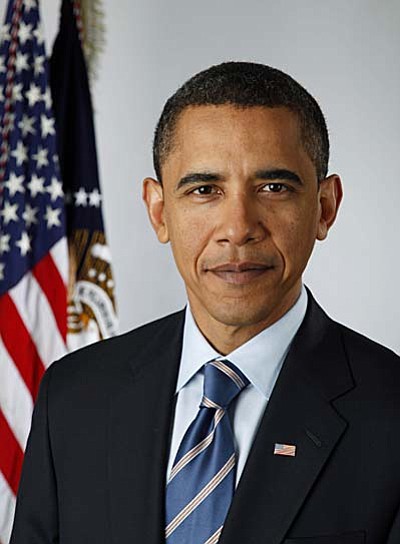 A new survey shows that a rising number of political independents could actually have President Barack Obama, the presumed Democratic nominee, carrying Arizona.

But a new survey shows that a rising number of political independents could actually have President Barack Obama, the presumed Democratic nominee, carrying Arizona.

The Behavior Research Center ran test match-ups between the incumbent and the three top Republican contenders who want his job.

What makes the difference, de Berge said, is that Obama is backed by 50 percent of independents, against just 33 percent who said they would vote for Cain. And with independents actually outnumbering registered Democrats in the state -- and closing in on Republicans -- that could make all the difference.

The survey of 514 registered voters conducted earlier this month, de Berge said, found a similar pattern in possible match-ups between Obama and both Romney and Perry.

He stressed that the poll was not a prediction of an Obama victory but simply showing that the president is ``holding his own' in Arizona. But de Berge noted that while Arizonans have backed the GOP presidential nominee every year since Dwight Eisenhower first ran in 1952, they did give the state to Bill Clinton in 1996.

A separate question asked solely of the 219 registered Republicans found Cain and Matt Romney in a virtual dead heat.

Cain has the support of 25 percent of the Republicans asked, with Romney a statistically insignificant one point back. Meanwhile, Rick Perry trails at 10 percent.

Ron Paul, Michelle Bachmann and John Huntsman all registered in the single digits, with no reported support for Rick Santorum.

But 20 percent of registered Republicans said they were undecided, with another 5 percent finding none of those on the list to be acceptable.

According to de Berge, several factors appear to be at work in the choice that party faithful are making.

One, he said, is Republicans want someone who can beat Obama. That likely picks up support for Romney who appears to have the money and the organization.

But he also said that the media scrutiny of Romney and, more recently, Cain also has helped.

"Both of these candidates are extremely well known,' he said. And both recently visited the state.

Perry also may be suffering in this border state from his stance on illegal immigration, a stance that Gov. Jan Brewer took time earlier this month to single out: As governor of Texas, he signed a law allowing his state to offer in-state tuition at public colleges and universities to illegal immigrants. Arizona voters approved an initiative making that illegal.

"I think it's an issue where he's going to have to explain to the public why he made those decisions,' Brewer said.

The governor said she has not talked with Perry since he became a candidate.

"That's for him to be able to explain why he did what he has done in Texas,' Brewer said. "We certainly know in Arizona that is not the wishes of the people of Arizona, nor do I believe in the country.'

Brewer, however, said she has not ruled out supporting Perry. Instead, the governor said she wants to hear from the candidates when they all come to Arizona on Dec. 1 for a debate Brewer helped organize. The governor said she expects much of the focus to be on border-related issues including security and illegal immigration.

The state also could play a role in deciding the ultimate nominee -- assuming no clear frontrunner has emerged by the time of Arizona's Feb. 28 primary.

The overall survey has a margin of error of 4.1 percent, with that figure hitting 6.5 percent in the part involving only Republicans.