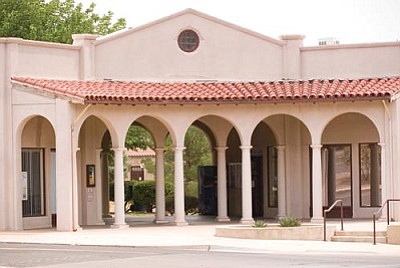 CLARKDALE - A new wastewater treatment plant will require a rate fee increase of $5 per year for five consecutive years. It will begin in December 2011 with the final $5 increase taking effect in December 2015.

The Town Council held a public hearing on the increase during its special meeting Tuesday afternoon.

Mayor Doug Von Gausig said the rate increase would be $5 per year. He said the new WWTP would allow a maximum daily flow of 350,000 gallons.

The new WWTP will replace an existing aerated lagoon built in the 1920s and updated in 1978 and 2005. The existing plant has a maximum flow of 250,000 gallons of Class B effluent.

The new plant will be permitted for A+ effluent, which will give the town additional disposal options not currently available. The new plant also will eliminate discharge during storm events of both treated and untreated wastewater into the Verde River.

In his staff report, Debrosky stated that the town applied for funding from the Water Infrastructure Authority of Arizona (WIFA) for design and construction of the new plant. According to Debrosky, the amount to be financed through WIFA will be $5.5 million on a 22-year loan commitment.

Because the agenda item was for a public hearing only, the council took no action. The council will consider adoption of the rate increase Nov. 8, and the new rates would become effective Dec. 8, 30 days after the adoption of Resolution 1367.