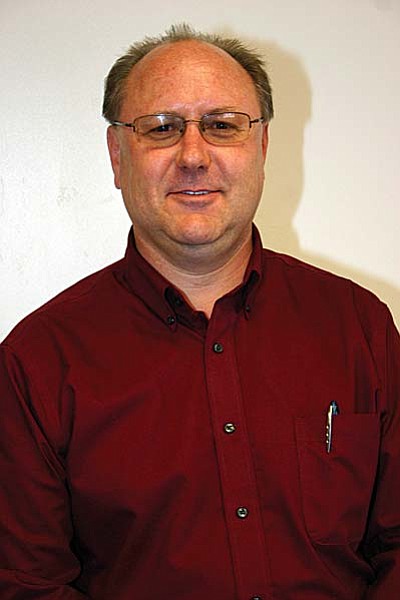 Mingus Business Manager Kirk Waddle said there is a “lot of gloom and doom” in this year’s budget. “But it’s mostly in capital. We have a $6.6 million budget this year, and I have about $5,000 left in capital. It’s ridiculous.”

COTTONWOOD - The maintenance and operations budget for Mingus Union High School has been cut by $20,371 for fiscal year 2012, according to Kirk Waddle, district business manager. Even so, the district has managed to develop its current budget without cutting any of its programs.

That could change with next year's budget.

"Average daily enrollment decreased by 1.8 percent, which was offset in part by an increase in funding for students with special needs," Waddle said.

He explained that the M&O budget contains $233,734 of Federal Education Jobs Funds.

"However, the state reduced their share of the funding by a like amount, so there was no net gain," Waddle said. "These are one-time funds and if the state cuts further in fiscal year 2013, programs could be in jeopardy."

Waddle pointed out that the items that are really hurting the district this fiscal year are the state's reductions in unrestricted capital and soft capital.

"Unrestricted capital was reduced by 55 percent, or $178,476, which impacts the district's ability to maintain the facilities, replace buses and capital purchases in general," Waddle said.

"Soft capital, which is restricted for classroom use, has effectively been eliminated ($254,728) greatly impacting the ability to purchase classroom furniture, computers and textbooks," Waddle said. "Mingus has had an increase in enrollment, which made it necessary to purchase textbooks with maintenance and operations funds, placing more pressure on that fund."

Waddle said there is a "lot of gloom and doom" in this year's budget. "But it's mostly in capital. We have a $6.6 million budget this year, and I have about $5,000 left in capital. It's ridiculous."

Waddle explained that daily average enrollment is the key to how the district's budget is set. "You build the budget on the previous year's 100-day count," he said. That number was 1,184 for the current budget, a drop from 1,206 that the previous year's budget was based on.