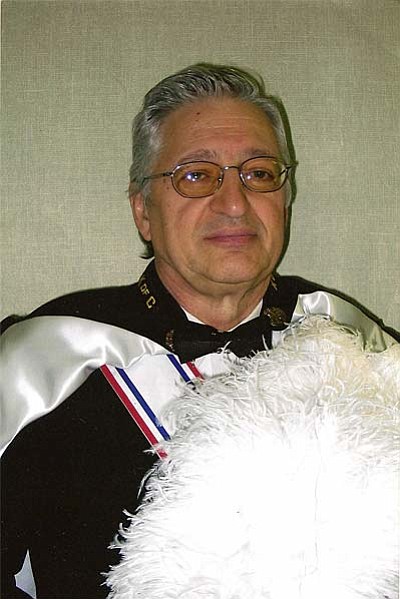 Kenneth John Wesolowski, 66, of Munds Park, formerly of Cottonwood, died Sept. 18, 2011, as a result of a motorcycle accident outside of Payson. He was born September 22, 1944 in Grafton, North Dakota the son of Theodore and Ruth Wesolowski.

He attended schools in Warren, Minnesota and Grafton, North Dakota. Ken was a graduate of University of North Dakota with a degree in Accounting. He served in the National Guard in Flagstaff and North Dakota.

From 1971-1976 he was the Assistant Comptroller at Northern Arizona University in Flagstaff. From 1976-1984 Ken owned and operated the Montgomery Ward franchise in Cottonwood. In 1985 Ken formed Circle W Business Services, which he still operated and has been joined by two of his sons.

Ken was a community philanthropist and was active in organizations such as United Way and Boy Scouts. He was one of the founders of Northern Arizona Society of Enrolled Agents.

He was devoted to his catholic religion as demonstrated by 35 years of service to the Knights of Columbus where he served a past grand knight of the Verde Council #2493, past district deputy and was a founder of the Father Hurley Verde Valley Assembly 2747, Fourth Degree. He was a member of St. Cecilia’s Mission Catholic Church in Clarkdale and more recently St. Rose Catholic Church in Anthem.

Ken enjoyed his grandchildren, boating at Lake Powell, ATVing and motorcycle riding. He was certified as a Road Captain. His children and grandchildren will miss his activities, hikes and nature walks.

He was preceded in death by his parents.

PLEASE NOTE CHANGE OF TIME:Services will begin with the Recitation of the Holy Rosary at 11:45 followed by Funeral Mass on Saturday September 24 at St. Rose Catholic Church, 2825 W. Rose Canyon Circle in Anthem at. Burial will be in Queen of Heaven Cemetery in Mesa.

An online guestbook is available at ww.westcottfuneralhome.com