Major improvements made in prison security 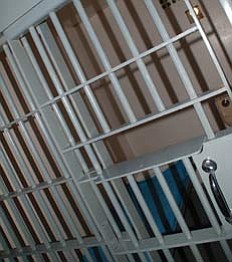 PHOENIX -- Corrections officers at state-run prisons are not always following procedures, leading to potentially dangerous situations, according to a new report.

The study done by the Auditor General's Office found various lapses in security. Auditor General Debbie Davenport said some were serious enough to possibly put both staffers and inmates at risk.

But the report, released Friday, did credit the Arizona Department of Corrections with making major improvements in its oversight of private prisons since three dangerous inmates escaped last year from a Kingman facility.

Davenport said that incident pointed up sharp lapses, including the state monitor being unaware that the prison's perimeter alarm system was not working properly. While all three were recaptured, one of the escapees and an accomplice were charged with the murder of an Oklahoma couple while they were still on the run.

She also said that the current request for bids for another 5,000 prison beds -- on top of the 6,500 the state already is paying for -- includes some specific security requirements.

But Davenport said her staffers, in a wide-ranging review of system-wide security, found a variety of problems in state-run facilities.

For example, she pointed out that Department of Corrections policy requires that the personal property of all employees, contractors and visitors be cleared through a metal detector and inspected. The idea is to stop inmates from getting access to contraband items like cell phones and drugs.

What was happening, Davenport said, is there were "poorly conducted searches' of corrections officers arriving at one prison for their shift. While employees' jackets were patted down, they did not inspect utility belts and food items were not run through the metal detector.

Similar problems were found at other prisons "indicating this is a pervasive issue in the prison system and that the risk for undetected contraband may be significant.'

Davenport also said that policies designed to keep track of tools used by inmates were not followed. She cited one instance where a metal file, a potentially dangerous tool, went missing and was never found. Complicating the situation, officers did not immediately report the incident to the shift commander as required.

Auditors also found that officers were not keeping track of keys as required. And they said they observed instances where potentially dangerous inmates were not patted down as thoroughly as required and regulations requiring inmates to wear ID cards were not observed.

They also found what were clearly unauthorized items in inmates' cells, ranging from homemade weights and unmarked medications to a hanging clothesline.

Corrections Director Charles Ryan told Capitol Media Services said he did not dispute the findings by the auditors that there were policy violations.

"We are working to correct them,' he said. But Ryan said too much was being made of what was found.

"I don't know that I would agree with the Auditor General that it is a major, significant issue,' he said.

"We perform tens of thousands of security functions and operations every day throughout the prison system,' Ryan said.

"Without question, every time a security practice is conducted throughout the day it does not mean that every policy is followed to the letter,' he continued. "With 10,000 employees and almost 40,000 prisoners it can be a challenge.'

And he said the problems that were found were related to keys, tools, pat searches, ID cards, inmate dress and "cell housekeeping.'

"Although these violations are taken very seriously by the department and there is always room for improvement, department data shows that over 93 percent of the time policies and procedures are followed and no violations are found,' Ryan wrote in a separate written response to the report.