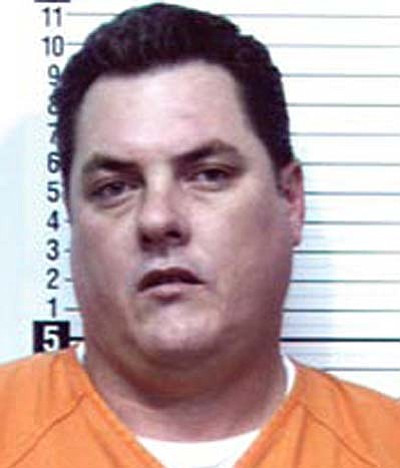 CAMP VERDE - Samuel Bassett, invoking Good Friday at his sentencing, told the court, "I would rather take my chances on a cross than where I am headed."

Bassett, of Lake Montezuma, is one of the so-called Yavapai 6. A jury convicted him of 40 felonies in a case based on an online child sex sting. Judge Michael Bluff sentenced Bassett Friday to 205.5 years in prison on the convictions.

Both Bassett and his attorney, Harvel Golden, admitted that the judge's sentence is "constrained" by legislative mandates. Golden said the "sentencing guidelines are out of proportion to anything that has occurred in this case."

Bassett, sobbing as he addressed the judge, continued to claim the jury was incorrect and that he was not guilty, instead blaming Detective Pam Edgerton, who had posed as 13-year-old 'Brenna,' as part of a sting of adult predators at Internet chat sites.

He said there was "no victim. I would never have touched little kids ... Detective Edgerton begged me to send her pictures. I told her exactly what she wanted to hear."

But Bill Hughes, the deputy county attorney, countered, "Long before he met Detective Edgerton, Bassett had uploaded explicit images to his Facebook account, including one showing a toddler giving oral sex to an adult man.

"Long before meeting the detective, there are cell phone records of him chatting with his 13-year-old niece, telling her 'I would undress you and make passionate love to you.'" That also occurred before Bassett and "Brenna" met on line, Hughes said.

Much of the remaining time is "flat time," meaning the term cannot be reduced.

CAMP VERDE -- A jury deliberating another of the Yavapai 6 cases, returned verdicts for Bradley Binkley Friday, just after Samuel Bassett was sent to prison.

Binkley faced only three charges, including two of luring a minor for sexual exploitation, and one count of attempted tampering of physical evidence.

The eight-member jury was shown into the courtroom just before noon Friday and within minutes had returned three guilty pleas and was dismissed.

Binkley was charged in the wake of online chat sessions with Detective Pam Edgerton posing as 13-year-old "Brenna."

A search warrant served at Binkley's Lake Havasu City home found notes describing what Brenna would be wearing during a planned rendezvous with Binkley in Prescott.

Springer told Judge Michael Bluff that Binkley had been a patient at the VA mental health clinic in Prescott.

The call for the special hearing would allow the court more time to move to sentencing. Bluff set a Tuesday pre-sentencing and Rule 26.5 hearing May 8 at 9:30 a.m. The sentencing would follow at 10 a.m.