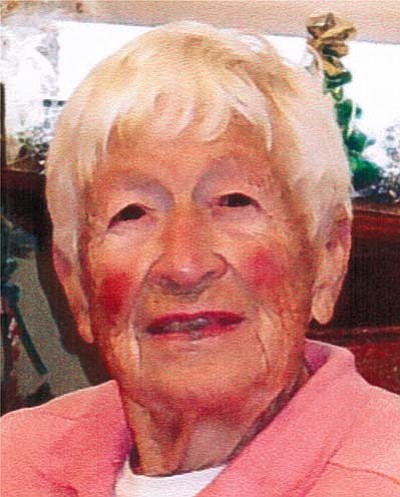 Lucille Evelyn Blawat, 92, died Thursday, April 12, 2012, in Durango, Colo. There are no services planned at this time, and cremation will occur.

Mrs. Blawat was born April 6, 1920, in Milwaukee, Wis., the daughter of Otho and Dorothy Chapman. She grew up in Milwaukee and graduated from South Milwaukee High School. She was married to Leo Blawat on November 28, 1937, in Crown Point, Ind. Along with raising her children and creating a loving home environment, Mrs. Blawat also was co-owner and co-operator of the family water well drilling company.

Lucille and her husband, Leo, moved to Camp Verde, Ariz., in 1981. She moved back to Milwaukee in 2000 and to Durango in 2007, still spending summers at her daughter’s Wisconsin lake home.

She enjoyed crafts and reading. Her granddaughter Tammy Smith remembers, “She was a listening ear and was a good secret keeper. She was a kind lady and a wonderful grandmother.”

She was preceded in death by her husband, Leo Blawat, son James Blawat, daughter Joan Barbian, and son William Blawat.