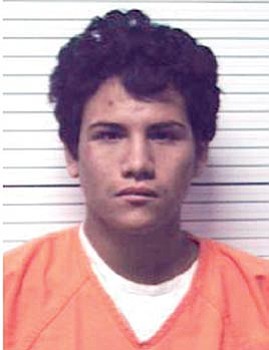 COTTONWOOD -- Juan Ramon Dominguez, 19, of Cottonwood was arrested on an outstanding warrant after he tried to flee from police on a bicycle. Friday, about 2:30 p.m., Cottonwood Police spotted Dominguez riding his bicycle on the sidewalk near 12th Street and Graham, in violation of Cottonwood City Code. Dominguez allegedly provided a false identity to the officer.

As the cops attempted to place him under arrest, Dominguez fled on foot through a neighboring property and over a fence, according to the report. He still continued to resist arrest once he was caught and fought with officers. Dominguez was eventually subdued with a Taser and placed under arrest. A search of his person allegedly yielded a homemade pipe determined to be drug paraphernalia.

The original warrant stemmed from an aggravated assault on a police officer charge on Sept. 18, 2010. Dominguez had been featured on Yavapai County's Catch 22 program as one of the county's most wanted felons. He would have appeared on the upcoming Catch 22 campaign had he not been arrested. Dominguez was booked in at the Yavapai County Jail on charges of failure to appear (for the original warrant), false reporting to law enforcement, resisting arrest and possession of drug paraphernalia.