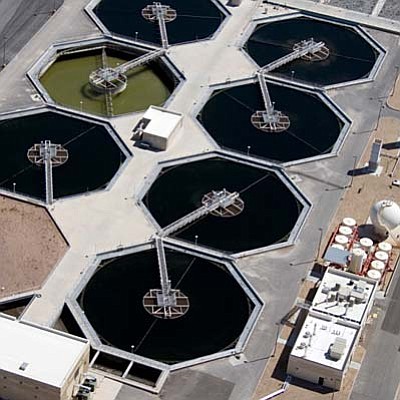 Sewerage is expensive these days. Call it money down the drain, in a good way.

Both governments get points for trying to avoid unnecessary expenses.

In Camp Verde’s case, the issue is an election. The town wants the voters to decide (possibly in November or possibly in March) whether the independent sanitary district should become part of Town Hall. Fees and assessed property taxes already fund the district, and not without controversy. Among other things, a few residents must pay for the sewer without enjoying the services of the sewer; some will never be on the sewer.

In that vein, it is apparent that if the Town takes over as is, there will be residents not living within the boundaries of the sanitary district who will have to pay property taxes to it. It’s to the Town’s credit that officials want to work that unfair circumstance out of the equation before asking voters to take this on.

Cottonwood has its own controversies with the proposed wastewater treatment plant, not least of which is its location at Riverfront Park. Estimates for its construction costs have been alarming when people have been struggling to get by. Slamming on the brakes and taking a detour when facing exorbitant quotes is not as easy as it sounds when a project is steaming forward. It’s to the City’s credit that the council did exactly that this summer.

Even if the figure is cut in half, is it still too much at this time? City Hall has made up its mind that the treatment plant is a necessity rather than a luxury. Now officials can certainly say they paid attention to dollar figures before getting too far along.

In Camp Verde, the necessity of the sewer district and its wastewater treatment plant is not really questioned. The question is whether the assets of the sanitary district are worth the Town taxpayers’ commitment.

In community sanitation, money down the drain is a good thing. Being careful with money and sewerage is even better.