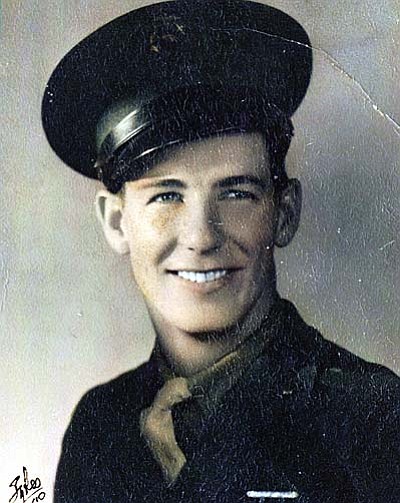 Ollie attended school until the 6th grade. He enlisted in the Marines during WWII and received the Purple Heart.

Ollie was a self-employed cattle hauler and an Oil Boot Truck Driver for Arizona Refinery. He belonged to Verde Baptist Church. He had an obsession with picking weeds.

Ollie was a devoted husband, father and grandfather and was admired by all of his cotton-pickin scissor-bill friends.

Ollie was preceded in death by his first wife of 52 years, Lois. He is survived by wife Ellen of 10 years; sons Tad of Atlanta, GA and Jim (Bonnie) of Flagstaff; brother Oscar L. Crick (Ann) of Phoenix; 4 grandchildren and 4 great-grandchildren.

A funeral service will be held on Monday, August 13, 2012 at 10:00am at Verde Baptist Church in Cottonwood. Interment will be in Heritage Memorial Park in Dewey, Arizona.