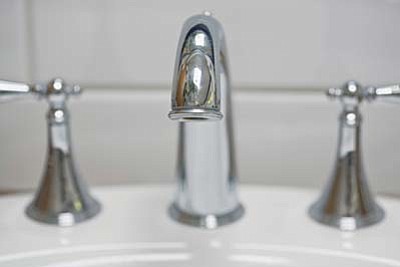 It’s safe to say most people in the Verde Valley don’t know what the TAC of the WAC is. But there is a reason they should care.

It is also an indication of the huge work ahead for whoever ends up county supervisor in a downstream district representing “both sides.”

The stalemate that arose over the TAC appointment from the Verde Valley is politics. Instead of only seeking a member who will provide objective technical information, Verde Valley members of the WAC have gotten caught up in finding someone who will best represent the Verde Valley point of view on pumping the Big Chino and running the U.S. Geological Survey groundwater computer model.

The Verde Valley stand on the Verde River is blinding, and expecting political officials to make an objective decision and appoint an objective representative is the height of naïveté. This is in-house fighting, as no one from the Prescott side of Mingus is involved in the decision.

Cottonwood Mayor Diane Joens has dug in her heels to have a Cottonwood employee appointed to the TAC, which is what the Prescott-area municipalities do. Folks like Clarkdale Mayor Doug Von Gausig and County Supervisor Chip Davis have pushed for a retired USGS hydrologist who actually lives in Prescott.

That might seem odd until you get the politicized back story and know the hydrologist had a big falling out with Prescott-area WAC members for his opinion regarding the flow of the Verde River, which seemed to match the stance of the Verde Valley. Meanwhile, Cottonwood could be maneuvering for a future water fight. It’s politics.

The mere mention of a Technical Advisory Committee would put most people to sleep. Yet, if a simple TAC appointment cannot be handled with more objectivity and unity, it bodes ill for finding a workable water strategy along the Verde River.