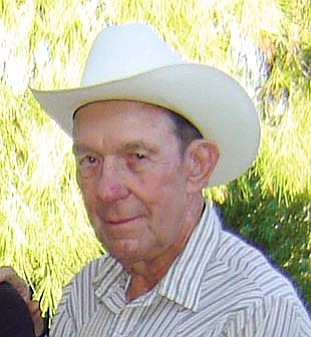 The eldest of 6 children born to Allen and Syd Parsons, Tap spent his early years mostly in Kingman, AZ before the family permanently settled in the Verde Valley in 1937.  After a stint in the U S Army where he served in post WWII in Berlin, Tap returned home to Camp Verde where he married and raised his family.

He worked at various occupations over the years, most notably as a Yavapai County Deputy Sheriff for seven years before going into operating heavy equipment on his own and for various construction companies across the state. He retired from construction work in 1981 but continued to operate the Pack Saddle Liquor Store, which he and his wife were the owners/operators for 34 years.

A memorial service will be held Saturday, September 8th at 11 a.m. at the Camp Verde Schools Multi-Use Complex. The family requests that in lieu of flowers donations may be made to the Clear Creek Cemetery Association, P O Box 1042, Camp Verde, AZ 86322 in Tap’s name. Bueler Funeral Home assisted the family.