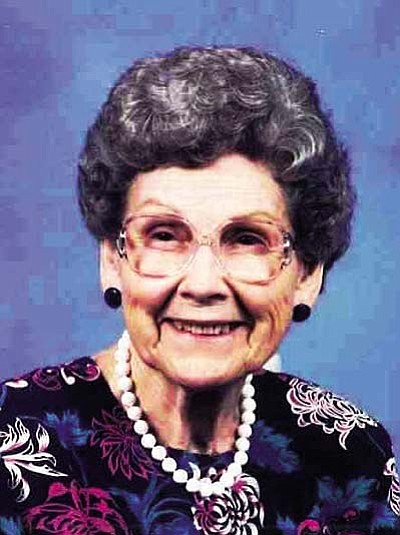 She graduated Russel High School in Russel, IA. Jennie married James Parks and they had 3 children, Mary Jewett of Cottonwood, AZ., Betty Veenstra of Urbandale, lA, and Bill (Carolyn) Parks of Ogunquit, ME.

In 1962, James and Jennie moved to Centerville where they purchased Parks and Brunt Ford.

James died in 1971. In 1974, Jennie married William Spry and moved to Des Moines where she lived until failing health required her to move to a care facility in Centerville under the loving, watchful care of her granddaughter, Dr. Kathy Lange. Jennie loved watching her children and grandchildren’s sports and activities, bridge, traveling, golf, singing, sports, and volunteering in the community, where she was active in PEO.

Jennie was avid reader of self-improvement articles, healthy recipes, and financial reports which she lovingly copied and passed on to her children and grandchildren.

She is preceded in death by her husbands, a brother, Glenn La Favre, a sister, Louise Thomas, several brothers and sisters-in-law, and her son-in-law, Ron Veenstra.

Mass of Christian Burial will be held 11:30 AM, Saturday, December 15, 2012 at St. Mary’s Catholic Church in Centerville with Father Bill Hubmann officiating. Burial will follow in the Oakland Cemetery in Centerville.

In lieu of flowers, memorials have been established to the Jennie Spry Memorial Fund, Hospice of Central Iowa, or St. Joseph’s Family Shelter and may be given to Lange Funeral Home, 1900 S. 18th St., Centerville, Iowa, 52544.

Condolences may be shared online at www.langefh.com. A luncheon will follow the committal service at the St. Mary’s Catholic Church in Centerville. Information provided by Lange Funeral Home.