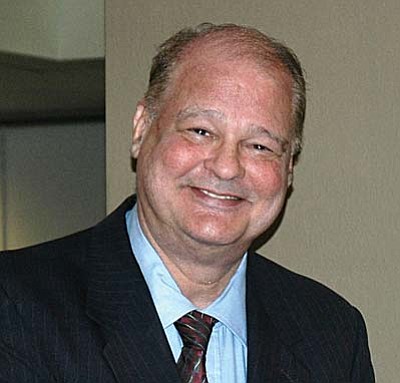 Arizona Attorney General Tom Horne proposed firearm training for school principals or adminstrators while the state cannot afford to put a police officer on each campus.

PHOENIX -- Calling it a compromise between extremes, Attorney General Tom Horne on Wednesday proposed training and arming the principal or other top administrator at every public school.

Horne said he ideally would like to have a trained police officer in every school. But he said the state's budget constraints make that a financial impossibility.

Conversely, Horne said having a single individual having access to a gun is preferable to letting each teacher be armed, saying having that many weapons at a school could result in students getting hold of one of them.

But nothing in Horne's proposal, which would be optional for each school and each administrator, addresses the other side of the issue: Whether it is too easy for individuals to get guns and arm themselves with high-capacity clips capable of shooting multiple people without reloading.

"That's not my area of jurisdiction,' he said. "That would be a good question for a state legislator.'

What makes the armed administrator proposal appropriate for his office, Horne said, is that it would be his 36 investigators, each who are sworn peace officers, who would provide the training at no cost to the schools or the state. He conceded, though, that if they are training one person in each of 2,000 schools statewide it likely would take away from their other duties.

Pushed further for his views on gun regulation and high-capacity magazines, Horne, who faces a difficult reelection campaign in 2014, refused to say what he believes.

"I don't think that would be relevant,' he said.

The plan is a variant of what National Rifle Association President Wayne LaPierre proposed last week. He said every school should have an armed officer and the federal government should pick up the cost.

But Todd Rathner, an NRA board member from Tucson, said his organization sees increased funding as only a temporary fix, much in the same way the military units were put in airports right after the September 2011 attacks. Rathner said the NRA is looking for lower-cost alternatives in the long run.

"On its face, it sounds like a very good idea,' he said of Horne's proposal. "It sounds constructive.'

Gowan, however, said he has not agreed to support -- or even to advance -- what Horne wants.

He said he agreed to take the first steps toward drafting legislation "based on a mutual understanding that the bill would in some way deal with firearms training for education personnel.'

"No language has been shared with me verbally or in writing, nor have I been involved in any efforts whatsoever to advance this preliminary concept to the public,' he said in a prepared statement. Gowan, who will be House Majority Leader next session, declined multiple requests to discuss the plan or his prior support of other measures to expand where individuals can carry firearms.

At this point only Utah and Kansas allow guns on public school campuses.

Horne said he could not provide details on exactly what the training would involve or how much time would be appropriate. But Horne said he envisions more than just teaching someone how to shoot an accurately.

"There would be simulations in how to exercise good judgment and when to shoot and when not to shoot when there's a rampage going on in your school,' he said.

"I've actually gone through that training myself,' he said.

It would be up to the individual principal or whoever is designated to purchase his or her own firearm. Similarly, Horne said, those who are designated could obtain body armor -- again, at their own cost.

He also said the principal would not be wandering the building with a weapon. Instead, Horne envisions having the gun locked up at a secure location that the principal or whoever could get to if there are problems.

Horne said having an armed administrator at every school is "not a perfect solution.'

"But if we did nothing and another incident occurred where someone was shooting a lot of people, and they could have been shot had there been an armed person in the school, we would regret doing nothing,' he said.

Horne acknowledged that having the state permit someone to be on campus with a weapon could result in a lawsuit against the district if that administrator inadvertently shoots a student. But he said the risk of a successful claim is minimal.

"If you give careful training, then you can't be accused of being negligent,' Horne said. "If a guy's operating in a tough situation, he's not going to be judged by the same standard' as someone who is not in a high-risk situation.

The other side of that situation, Horne said, might be someone who, out of fear of being sued, simply decides to take no action at all.

"You could be totally frozen in time and wouldn't do anything,' he said. "I wouldn't think that would be a good excuse.'

Horne said, though, that he doubts an individual authorized to carry a weapon could be sued for failing to act in a situation where a student is killed.

Gowan has been a supporter of various measures to expand the rights of gun owners since being elected in 2008.

Earlier this year he sponsored legislation to trim the ability of government agencies to declare their buildings off-limits to guns simply by posting signs at the door and providing lockers for people to store their firearms.

Gowan's measure would have added a new requirement: metal detectors or X-ray machines, coupled with armed security guards. Gowan said that would ensure that building with the "no guns' signs are truly gun-free zones and that visitors do not need to remain armed to protect themselves.

Gowan also supported a 2011 measure to allow guns in the public rights-of-way through community college and university campuses.

"I find it hard to be that on universities it just becomes a bubble and that you're drastically protected when you're on campus,' he said at the time. "I think we have a right to defend ourselves.'

That measure, too, was vetoed by the governor.

But Brewer did sign another Gowan-backed measure in 2010 to allow any adult to carry a concealed weapon, not just those who obtained a state-issued permit after having a background check.

Horne already has lined up several county sheriffs to support his plan.

Pinal Sheriff Paul Babeu said he would prefer to have both an armed administrator and a trained police officer in every school. Those school resource officers, he said, do more than just provide security but also can teach classes and build relationships with students.

And Babeu made it clear he would not support additional limits on firearms, saying previous legislative attempts have only made schools "more vulnerable and more alluring as a target for mass killings.'

"We have over 20,000 laws and regulations on firearms, yet none of them prevented these mass killings,' Babeu said in a prepared statement. "Criminals, mentally ill mass killers and terrorists do not follow current law and they certainly will not follow any future laws.'

Maricopa County Sheriff Joe Arpaio said he is taking a wait-and-see approach to Horne's proposal, saying he wants more details before committing. Arpaio said he's not sure that one person with one gun -- locked up in the office -- will do a lot of good.

In the interim, Arpaio said his armed volunteer posse members will be increasing their patrols outside and around public schools to watch for signs of trouble.