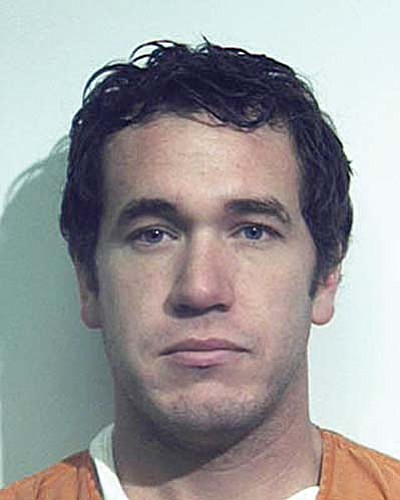 Yavapai County Sheriff's Office detectives served a warrant Christmas Day on Logan James Spude, 25, of Cornville on charges of aggravated assault, intentional injury to another, and disorderly conduct in connection with a racially motivated assault a year ago in the Village of Oak Creek.

Warren told deputies he was exiting the Full Moon Saloon with a man when a man, later identified as Spude, began yelling racial slurs at him regarding earlier contact with a white woman in the bar, said Dwight D'Evelyn, YCSO spokesman.

Warren, who is African-American, told deputies that his friend tried to intervene and was pushed by Spude's friend standing nearby, then Spude knocked Warren to the ground, and punched him in the face causing serious injury to his right eye, D'Evelyn said.

During the assault, Warren told investigators Spude screamed the "N-word" after each blow, D'Evelyn said.

Deputies met with the victim at the scene but didn't find any suspects. Most witnesses had also left and, when contacted within a few days of the incident, many claimed they could not remember details and names, D'Evelyn said.

The case was turned over to detectives from the Criminal Investigations Bureau.

Over the following few months, detectives tracked down multiple witnesses in the area, and some who were now outside the United States.

Investigators determined the assault was racially motivated and that Spude was the primary suspect, D'Evelyn said.

On Tuesday, detectives found out that Spude was in custody at the Camp Verde Detention Center on unrelated charges and was being held without bond.