Jury finds Bassett guilty of luring a child for sex 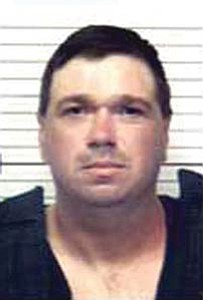 CAMP VERDE - A jury on Friday found Samuel Bassett guilty on all 40 counts in the online child sex sting case against him.

Bassett, 35, of Beaver Creek, one of the so-called "Yavapai Six" - men who claim Yavapai County Sheriff's Detective Pam Edgerton unfairly targeted them in a sting operation - looked over his shoulder at his family as the guilty verdicts mounted, then turned back and put his head in his hands. Finally, Bassett began to cry.

The high number of counts was due to the fact that he was charged for each individual photo or video clip he emailed to the person he thought was 13-year-old "Brenna," but who was actually Detective Edgerton.

Bassett's defense was built on two key elements: that he was simply "roleplaying" when he engaged in the chats with Edgerton, and that the prosecution could not prove that the girls in explicit sexual poses in the photos or video clips he was accused of emailing to Brenna were actually underage.

Bassett repeatedly said that he did not mean any of the things he'd typed in Internet chats literally, claiming that he believed Brenna was a 19-year-old woman who wanted to roleplay being a 13-year-old girl.

He was also steadfast in his statements that the images and video clips, since he had obtained them from websites that claimed all the girls in the photos were over 18, contained no images of minors.

Deputy Yavapai County Attorney Bill Hughes called that assertion "ludicrous" and told the jurors to simply apply their own common sense to what they saw.

He said Bassett's argument that he believed Brenna was 19 was contradicted by statements he made questioning whether she was really a police officer, something he wouldn't be concerned about if Brenna were above the age of majority.

Holding up the chat transcripts, Hughes said, "You can see him agonizing over his fear that if he goes to meet her maybe he will get arrested. Maybe Brenna is too good to be true."

Hughes called what Bassett typed in the chats "a window to his soul."

In the end, the 12-person jury didn't buy Bassett's claims.

Jury foreman Sally O'Hanesian said the jury had a tough time looking at the images in evidence, that they were "exhausted" after the process, and that Bassett was clearly guilty.

The jury deliberated for two hours Thursday and about 3 hours Friday before returning its verdict.

After the trial, Edgerton stood nearby with Sheriff Scott Mascher as several members of the jury walked up and thanked her for "doing her job," as one put it.

Bassett will be sentenced March 6.