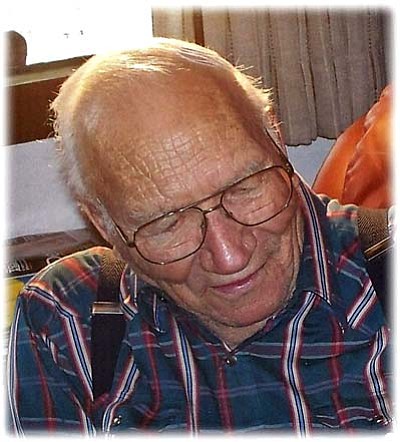 Wayne B Bonner a long time Flagstaff resident, passed away on February 1, 2012 at his home. Wayne led an active and varied life. He was born in Quanah, Texas on February 24, 1927, and was moved to Arizona as an infant.

He served our country in the US Navy from 1944 to 1947 on board the USS Magoffin, USS Adams, & USS Robert H Smith. The Navy gave him a sense of daring to conquer the world. During this time he married his lifelong love; Colleen Fuller in 1946. After his term in the military he held many jobs in Northern Arizona including being a bouncer at the Museum Club, which he told many a colorful story about his experiences. In 1952 he became a Carpenter and started Wayne B. Bonner Construction in 1958, which he retired from in 1988.

Wayne was an avid hunter, angler, traveler, animal lover & humanitarian. He and Colleen paid for any child in the village of Juncalito, Baja Mexico to attend high school, which requires tuition in Mexico.

Wayne is preceded in death by his wife Colleen, his brothers BB Bonner & James Bonner, Hazel of Camp Verde, Mary and Nellie of Fresno, CA.

He is survived by his family daughter Gail Reynolds, his granddaughter Cassi, His Sisters Jewell of Cottonwood, multiple beloved Nieces, Nephews, & Friends.

Wayne was known for helping others and he will be sorely missed.

A memorial service will be held at the East Valley Baptist Church, 10655 N. US Hwy 89, Flagstaff, AZ, on Monday, February 6th at 1PM. There will be a gathering of friends at the church after the service. In lieu of flowers we ask that donations be made to a charity of your choice in Wayne Bonner’s name.