Between the Lines: And so it begins ... Amazon's tax-free days are over 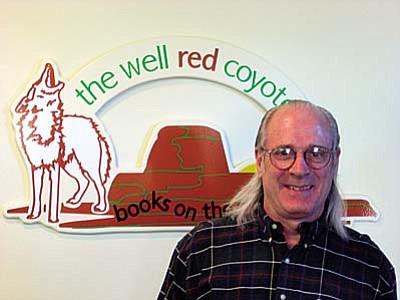 The Arizona Republic reported on Feb. 2 that the Arizona Department of Revenue has recently billed Amazon for $53 million of uncollected online sales taxes for the period of March 1, 2006, through Dec. 31, 2010.

This is big, and good, news for the State of Arizona and for the thousands of brick-and-mortar businesses in the state that obey the law and collect sales taxes for their municipalities, counties and the state.

Over the past couple of years, more and more states are enforcing their existing sales tax laws against online retailers. Amazon is the worst and most blatant offender, having the audacity to claim it has no physical "situs" in Arizona, despite over 4 million square-feet of warehouses just west of Phoenix.

But the tide is turning, and dramatically so. Almost half the states have enacted, or are in the process of enacting, new legislation to close the various online sales tax loopholes that now exist. Just a little over a year ago, Texas billed Amazon for $269 million, and we're seeing more states do the same.

What makes the Arizona Department of Revenue action even more significant is that last summer Amazon "wined and dined" our governor and many state legislators, with a grand tour of its Phoenix warehouses in an attempt to stifle any pending legislation that would increase the state's ability to collect online sales taxes. And, to some extent, that lobbying worked, sending that legislation to limbo status in two different legislative committees.

But the Department of Revenue acted against Amazon, and apparently with the law on their side, doing what our governor and state legislators don't have the guts to do - require that all businesses in the state collect sales taxes on products they sell in the state.

There still is a long way to go, but if you've been reading my columns on the subject, it is going faster than I ever thought it would.

Amazon will challenge the $53 million bill in court and that will take a while to litigate. But ultimately, Amazon will lose, not only here in Arizona but in every other state.

To those of you here in the Verde Valley who still love to shop on Amazon, I ask you this: What would you think if all of us brick-and-mortar retail shops decided not to collect and pay sales taxes? Probably wouldn't be acceptable. Yet, you look the other way when a retailer with 4-plus million square-feet of space in Arizona snubs its corporate nose at the tax collector.

Well, as Bob Dylan said, the times they are a-changin'.