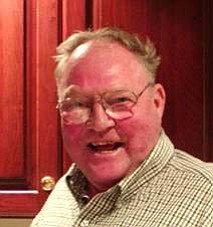 Dr. Donald Robert “Dutch” Schultz, 84, retired Villanova University Professor of Religious Studies formerly of Tacoma, Washington, and Berwyn, Pennsylvania, died fighting cancer on Wednesday, February 15th, 2012. Dutch was residing in the Cornville, Arizona area where he and his wife were retired for the past 20 years.

Dutch was loved by many people due to his kind heart, empathic compassion and delightful sense of humor. He was a man of love, a man of peace, a man of God. He always found good in people.

Donald was born on June 23rd, 1927 and grew up in Tacoma Washington. He acquired the endearing nickname “Dutch”, after the notorious mob boss Dutch Schultz. He graduated from Bellarmine High School where he later returned to teach after serving in the Navy during WWII. Dutch finished Boot Camp 2 days before VJ day, and joked the opposition had quit because they knew he was coming.

In addition to teaching at Bellarmine where he attended high school, Dutch also taught at Yakama, Gonzaga, and Seattle Preparatory while he was in the Jesuit seminary. His Jesuit education spanned various locations over 15 years including Sheridan, Oregon and Mount Saint Michael’s. Dutch earned a BA from Gonzaga University in Spokane Washington, and a MA in Theology from Alma College in Los Gatos. He lived in Redwood City and pursued another MA degree, and there he met his wife Juanita, while attending San Francisco State in California.

Academic achievements Dutch earned included advanced degrees including Religious Studies, Theology, Philosophy, and a masters in English. Dutch earned a doctorate in Religious Studies from McMaster University and then spent his career beginning in 1969 as a much loved and highly regarded professor of religious studies at Villanova University in Pennsylvania until he retired in 1991.

During his teaching career, Dutch frequented a Norbertine prayer group at the Daylesford Abbey in Paoli, PA and also regularly met with a discussion group that ultimately evolved into a close knit lifelong group of friends.

Recently, Dutch enjoyed numerous trips with his family, golfing and playing cards with his friends at Canyon Mesa Golf course, and spending time with his wife and 4 dogs. Dutch was known for his kind heart and enjoyed helping people in anyway he could. Dutch made an annual pilgrimage to Mexico to help the Chiapas Indians with gifts of his own as well as those of generous friends and family. Funds were also generously donated by the Jesuit West Coast Companeros at 700 Cree Dr. in San Jose, CA. These funds were trusted to Dutch, and he bestowed these gifts to a Jesuit priest in Chiapas Mexico who distributed the money to the poorest of the poor.

Dutch’s closest relatives include his wife of 48 years, Juanita Quigley Schultz from Los Angeles CA; his Son and Daughter-in-law, Erik & Susan Schultz and three grandchildren, Alexander, Brittany, and Julia Schultz of Glen Mills, PA; his daughter Marta Schultz of Los Angeles, CA; as well as his Sister and brother In law Eileen and Dennis Cochran; his sister and brother In law, Celia and Jake Keller all from Tacoma WA. He is also fondly regarded as “Rich Uncle Donny” by many of his nieces and nephews and truly he was rich from having them as family. Dutch was predeceased by Jake Keller and Eileen Cochran.

The funeral was held Wednesday, February 22.  It was an amazing celebration of his life lead by his life long friend Father William Bichsel SJ, from Tacoma, WA, and Father David of The Immaculate Conception Church in Cottonwood, AZ.