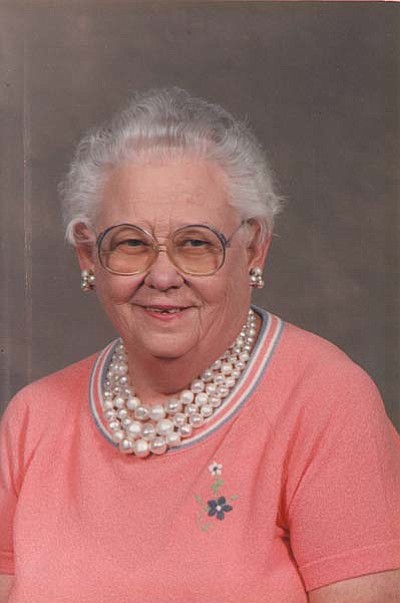 Barbara Johnson Kitchens died peacefully at her home in Rimrock on February 23, 2012, at the age of 85. She was born in 1926 in Phoenix, AZ the daughter of Clarence and Juanita (Culton) Johnson. After completing high school one year early, Barbara received her Bachelor of Nursing at the University of St. Louis. She then continued at Washington University in St. Louis and received her Master of Nursing Degree. In 1969 Barbara returned to Arizona and was the founder of the Nursing Program at Yavapai College. She remained there until 1974, when she accepted a nursing instructor position at Central AZ College in Coolidge.

Celebration of Barbara’s life will be 11am Monday, February 27, 2012, at Beaver Creek Baptist Church in Rimrock. Bueler Camp Verde Funeral Home assisted the family with arrangements.