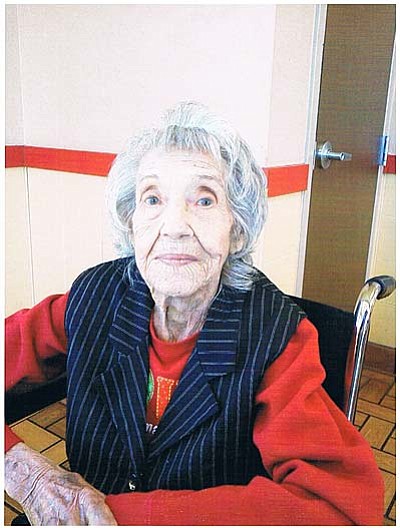 Margaret C. Armijo, 89, of Cottonwood died February 23, 2012. She was born September 27, 1922 in Springerville, the daughter of Alisandro and Emma Carrillo.

She was a graduate of Springerville schools. Mrs. Armijo worked in the retail and the restaurant business from New Mexico to California through Northern Arizona.

Mrs. Armijo was preceded in death by her husband Isaias R. Armijo and a daughter Barbara J. Armijo.