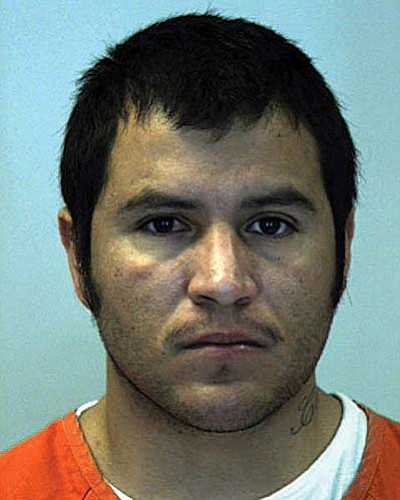 PRESCOTT -- A Yavapai County Superior Court Judge has ruled that the two defense attorneys in the Cesar Garcia-Soto death-penalty murder trial cannot quit the case, despite their assertion that they are unable mount an adequate defense because, they claim, they are required to interview key witnesses in a part of Mexico that the U.S. State Department says is unsafe.

Garcia-Soto, now 30, was arrested in February 2008 and charged with first- and second-degree murder and two counts of child abuse in connection with the death of his 3-month-old son.

Deputies also arrested the child's mother, Gladys Yamileth Rodriguez-Paz, who was not home at the time of the 911 call, saying she could have acted to stop the abuse. The couple's other two young children were placed in the custody of Child Protective Services. Rodriguez-Paz pleaded guilty to one count of child abuse in 2008 and was sentenced to a year in prison.

Garcia-Soto's attorney, John Napper, argued that, because this is a death-penalty case, he is obligated to undertake "an exhaustive investigation into the history and life of Mr. Garcia-Soto," but the fact that Garcia-Soto is a citizen of Mexico means that would have to take place in Mexico, where "the United States State Department has issued a warning asking all American citizens not to travel to the portion of Mexico (Cuidad Juarez in Chihuahua)."

He had first asked that Judge Cele Hancock dismiss the death penalty, but when she denied that motion, he then asked that he and his co-counsel, Phoenix attorney Dennis Jones, be allowed to withdraw as counsel for Garcia-Soto.

However, Hancock, in her ruling denying the motion, said, "The Court is unable to find a legal reason for the withdrawal of defense counsel."

She said that there was evidence available to Napper and Jones that could be used in mitigation, specifically mental health evaluations; these, she said, "include information on the defendant's upbringing in Mexico."

"Defense Counsel appears to know quite a bit about the Defendant's past including facts regarding his childhood, his father's suicide and the death of one of his brothers," she added. "It is not clear where the Defense obtained this information, but certainly they did not obtain the information by traveling to Mexico."

Noting that Napper had said in court that he would not take part in the mitigation phase of the trial if his client was found guilty, calling it a "farce," Hancock said that if he refused to do so, "the Court is duty-bound to report such action to the State Bar of Arizona."

She referred the case to Presiding Judge David Mackey in Division 1 for a settlement conference, where a plea bargain could be worked out, because "the State and Defense have continually indicated that they continue to work toward a non-trial resolution in this case." That appearance is expected in mid-March.